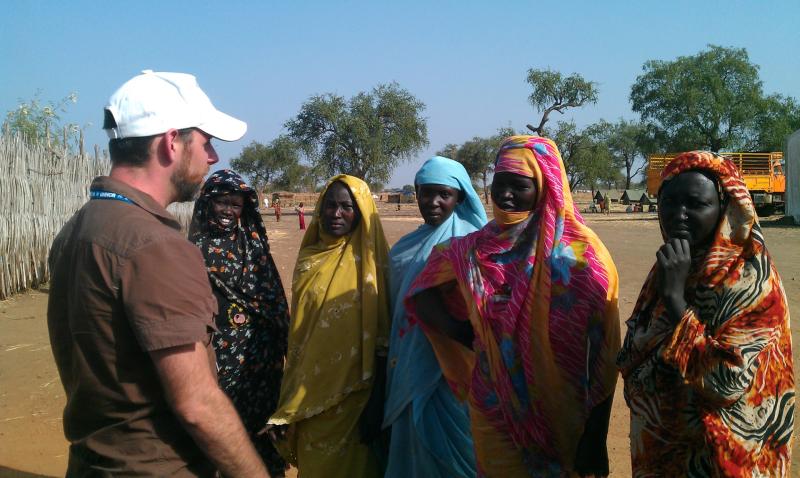 Matt Byrne, 37, from the South Circular Road, in the south Sudan

RIGHT now he’s longing to return to the normality of life in Limerick and enjoy a few pints in his local Fennessy’s in the coming weeks.

But what constitutes ‘normality’ for some people has taken on a new meaning for Matt Byrne, from the South Circular Road. This Christmas the 37 year-old will have a very different story to tell over the dinner table when he returns home after spending the past 10 months in Sudan.

A member of the Irish Aid Rapid Response Corps, he has been working with the United Nations Refugee Agency in South Sudan for nearly a year. Now independent from Sudan, south Sudan is host to over 200,000 refugees fleeing ongoing war and conflict in neighbouring countries.

In the last six months, tens of thousands of civilians have fled to South Sudan to escape fighting between the Sudan Armed Forces and the Sudan People’s Liberation Movement.

Matt, who previously spent a year in Colombia working with human rights defenders who had received death threats due to their work, said he finds the people he works with the most rewarding part of the job.

“I work with the refugees and assist them to find solutions to their problems. They drive the process, not me and not UNHCR. It’s their lives and we want them to live it with dignity.”

Maban county, where Matt is located, hosted 30,000 new arrivals between May and July this year and are expecting 30,000 more to arrive in the coming weeks as the rainy season ends and roads again become passable.

“I wanted to work more in the countries where refugees came from - at the start of their journey rather than at the end. The principles of the work are the same; except that instead of 200 people, it’s 110,000. It’s just the scale that’s different,” he explained.

A student in St. Clement’s College in Limerick, he went on to study in the University of Limerick and completed a Masters in Migration Studies in University College Cork. He then worked with a number of Irish organisations who help women who are trafficked into Ireland for sexual exploitation, before ending up in a refugee camp in South Sudan.

Asked how live differs in South Sudan to Limerick, he replied, with a laugh: “South Sudan has better footballers”.