Opening of new 60-bed block at Limerick hospital is confirmed 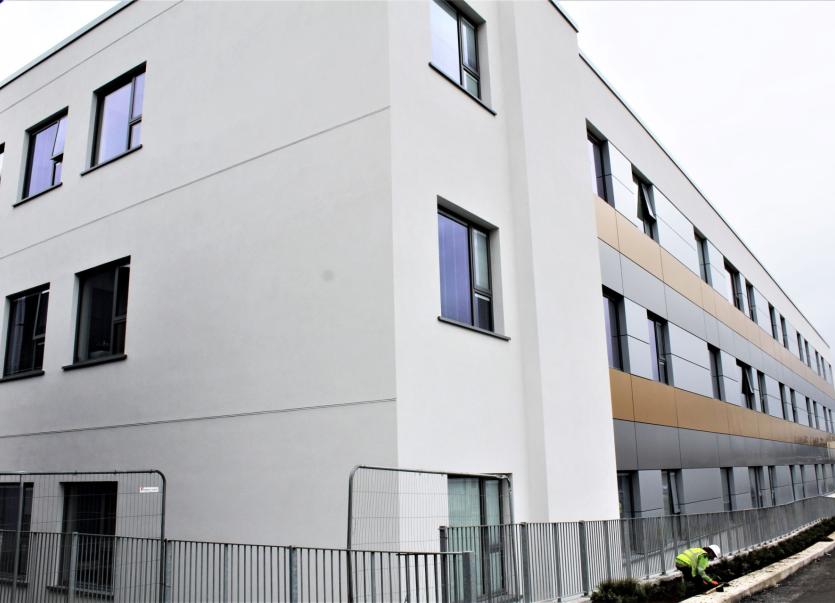 The new 60-bed block at UHL will open next Monday

THE UL Hospitals Group has confirmed a new 60-bed block at University Hospital Limerick will open its doors to patients next week.

The new block, which will provide modern, single-room inpatient accommodation, will open on a phased basis and will be fully open in early January.

It comprises four stories, with three inpatient wards of 20 en-suite single rooms over a basement level.

The first of the three wards will open on November 23; the second on December 14 and the third on January 4 2021.

"As well as an improved experience for patients in terms of comfort, privacy and dignity; it will better allow us to isolate patients and improve infection prevention and control capabilities. The project is also a significant step in addressing the underlying bed capacity shortages in the Mid West which are acknowledged by all parties," said a spokesperson for UL Hospitals. 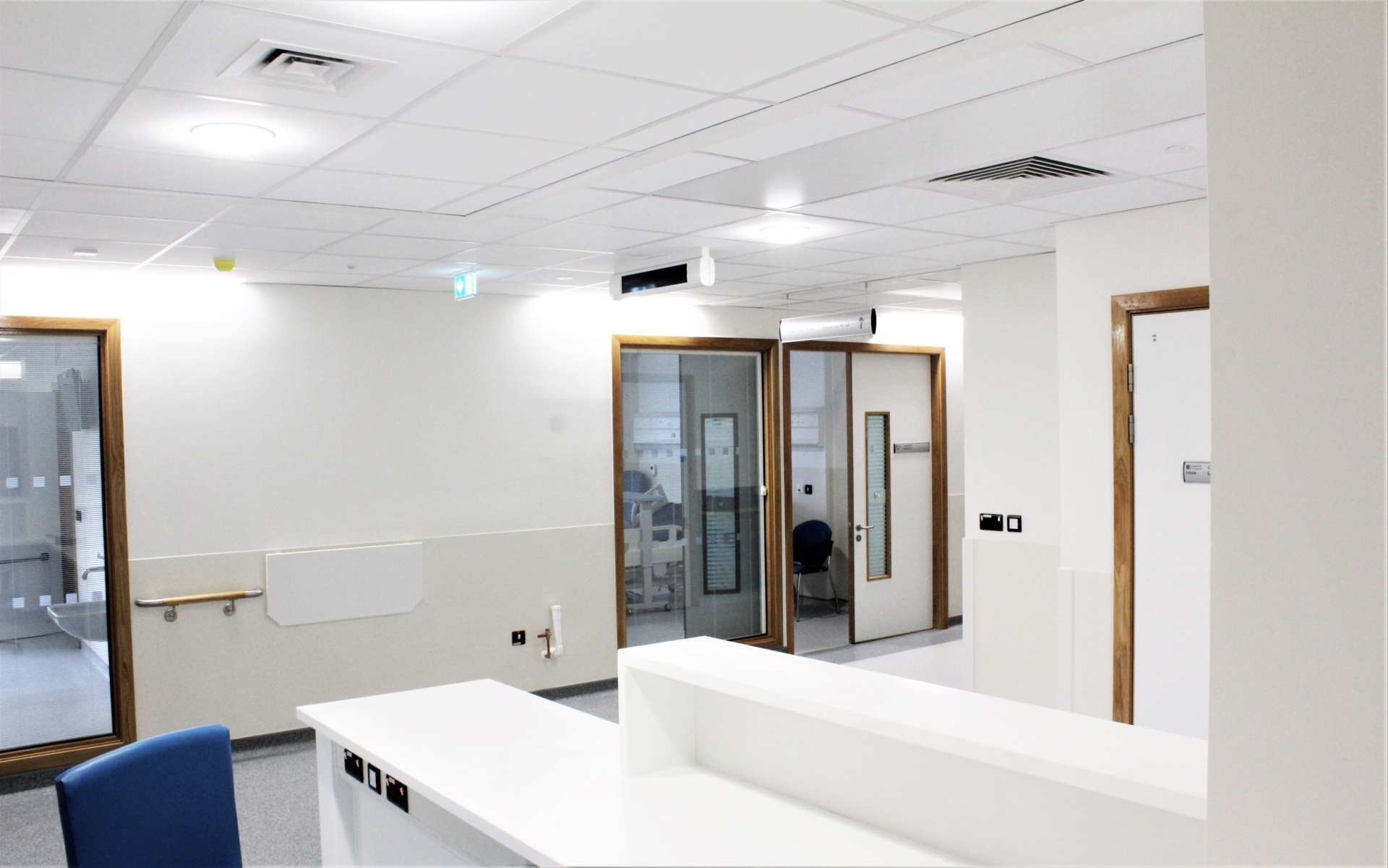 (A nurse's station in the new block)

The phased opening of the new 60-bed block follows the completion, earlier this year, of two separate rapid-build projects under the Government's National Action Plan in Response to Covid-19 which provided an additional 38 inpatient beds on site at UHL.

“New accommodation that has opened in UHL in recent weeks has greatly improved the care environment for oncology and haematology patients and allowed us to increase our isolation facilities at a time when the need was never greater," said Colette Cowan, CEO of the UL Hospitals Group.

“Completion of the 60-bed block brings these improvements a significant step further and the bright modern accommodation is no less than what our patients and our staff deserve after many years where systemwide pressures have left too many of our patients facing long waits for a bed. The 60-Bed Block will improve but not solve the problem of trolley waits and our continued heavy reliance on outdated multi-occupancy nightingale wards.  In that regard, we also look forward to the delivery of the 96-Bed Block project which continues to progress through the planning process,” she added. 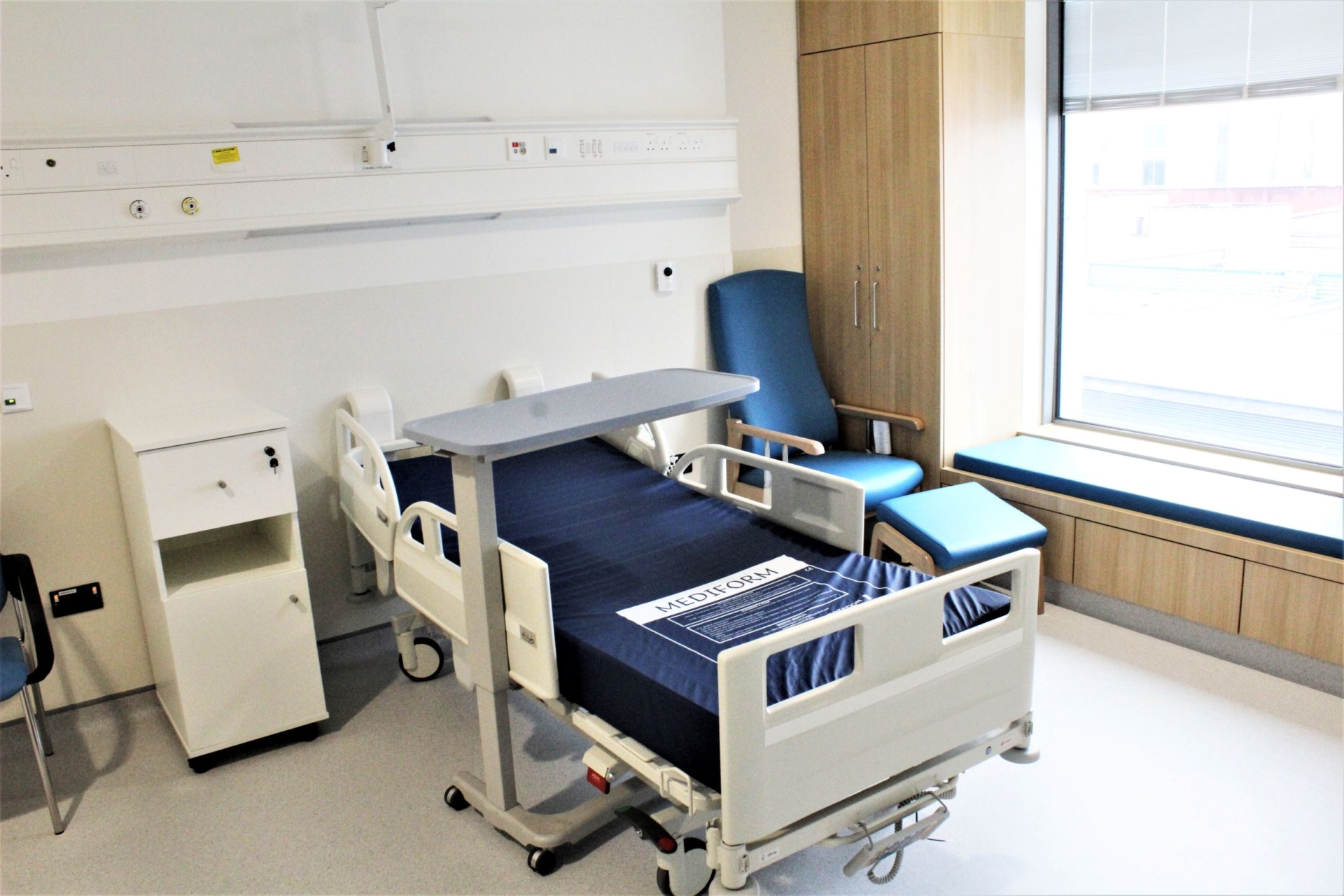 (One of the bedrooms in the new block)

Lorraine Rafter Director of Human Resources at the UL Hospitals Group commented: “Recruitment in an organisation the size of ours is a continuous process. We have been funded to recruit approximately 500 additional staff in UL Hospitals Group to support the additional bed capacity at UHL and other initiatives under the Winter Plan. Many of these staff have already commenced and we are at various stages of the recruitment process to support the phased opening of the 60-Bed Block from next week."

Margaret Gleeson, Chief Director of Nursing and Midwifery at the UL Hospitals Group, said: “We have been holding weekly interviews for staff nurses and midwives since early March 2020. We are offering positions to successful candidates on a weekly basis. All current student nurses and midwives graduating from the University of Limerick have been offered permanent contracts. As of the end of October, we have recruited 150 nurses and 75 HCAs in the year to date. In addition, 16 nursing staff have returned from retirement or career breaks. A further 150 nurses have been recruited from overseas and they began taking up positions, on a phased basis, last week."

Confirmation that the 60-bed block will open next week has been welcomed by politicians from all parties.

"The last Government provided the funding for the construction of the unit, so to have it completed and ready now for opening is really important news for the people of this region," said Minister-of-State Patrick O'Donovan.

“Over the last number of years within Government, I have been constantly pressing for additional beds within the hospital given the size of the population that the hospital is serving and this will help to alleviate some of the problems in the hospital. However, there is a need to have the planned investment programme in the Hospital continued to be rolled out and this is something that I will work on," he added.

"I welcome the announcement by the Minister for Health and University Hospital Limerick of the imminent opening of the new 60 bed block.  This is very positive news and the ahead-of-schedule delivery of this project is a huge achievement and this additional bed capacity with greatly the provision of care and services at the hospital," he said.

Deputy Kieran O'Donnell has also welcomed confirmation that the new 60-bed ward will open next week.

This is a project I have worked on from the very start with UHL management and the then Minister for Health Simon Harris  seeking and being granted government funding with construction getting underway in early 2019. I wish to commend Colette Cowen  and all her team at UHL for their hard work on this vital 60 Bed Block. I have been campaigning for additional beds at UHL for many years so it is very positive for patients and staff that these 60 beds are now being opened and providing much needed bed capacity here," he said.