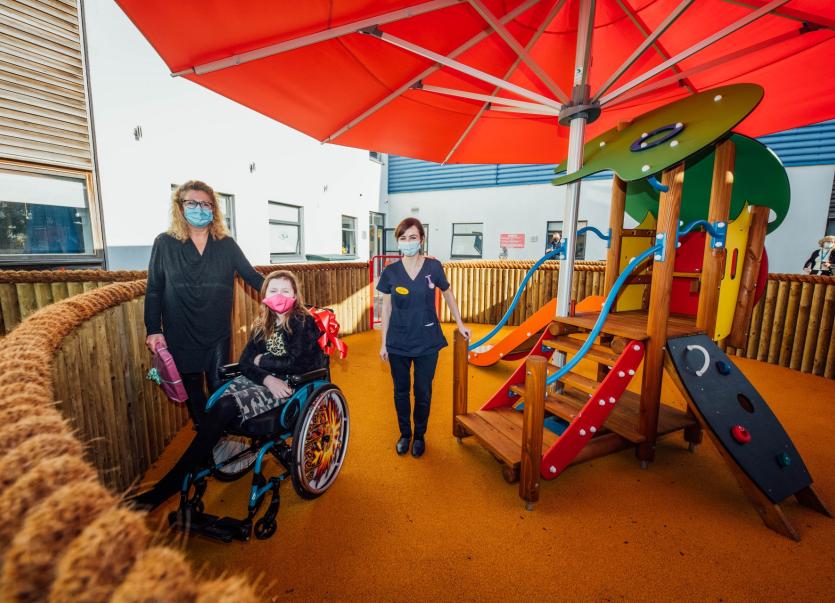 15-year-old Lauren McGrath from Askeaton, with her mum June, who cut the ribbon on the newly refurbished Ark Park |PICTURE: Brian Arthur

THE newly refurbished playground and outdoor park at the Children’s Ark unit in University Hospital Limerick has been officially opened by Limerick teenager Lauren McGrath.

At a socially-distanced ceremony in gloriously crisp and dry conditions, the beautiful slides, climbing apparatus and play areas gleamed in the mid-day sun as Lauren, who is from Askeaton, cut the ribbon, watched by her proud mum June along with staff and hospital management.

The original playground was developed as part of the Children’s Ark that was originally built 20 years ago, with the support of fundraising and donations from many individuals and companies in the Mid-West.

In more recent years, the park has required an upgrade.

The refurbished Ark Park, is 1,250 square metres of colour and tranquillity, with a partially covered play area set amid landscaped green areas and flower beds.

It is located in the centre of the buildings that house the wards and offices of the Children’s Ark unit at UHL.

Visitors are greeted by a beautifully sculpted Garden Fairy perched atop a wooden toadstool in the flowerbed near the entrance, and the entire area is intended to deliver a heartening, refreshing boost to the spirits for children and parents, as well as staff, who need some time out from the hospital environment to relax and recharge.

The main climbing frame and slide area, sheltered from the elements by two huge white canopies, forms the shape of a ship, a visual tribute to the Ark that is its permanent harbour. 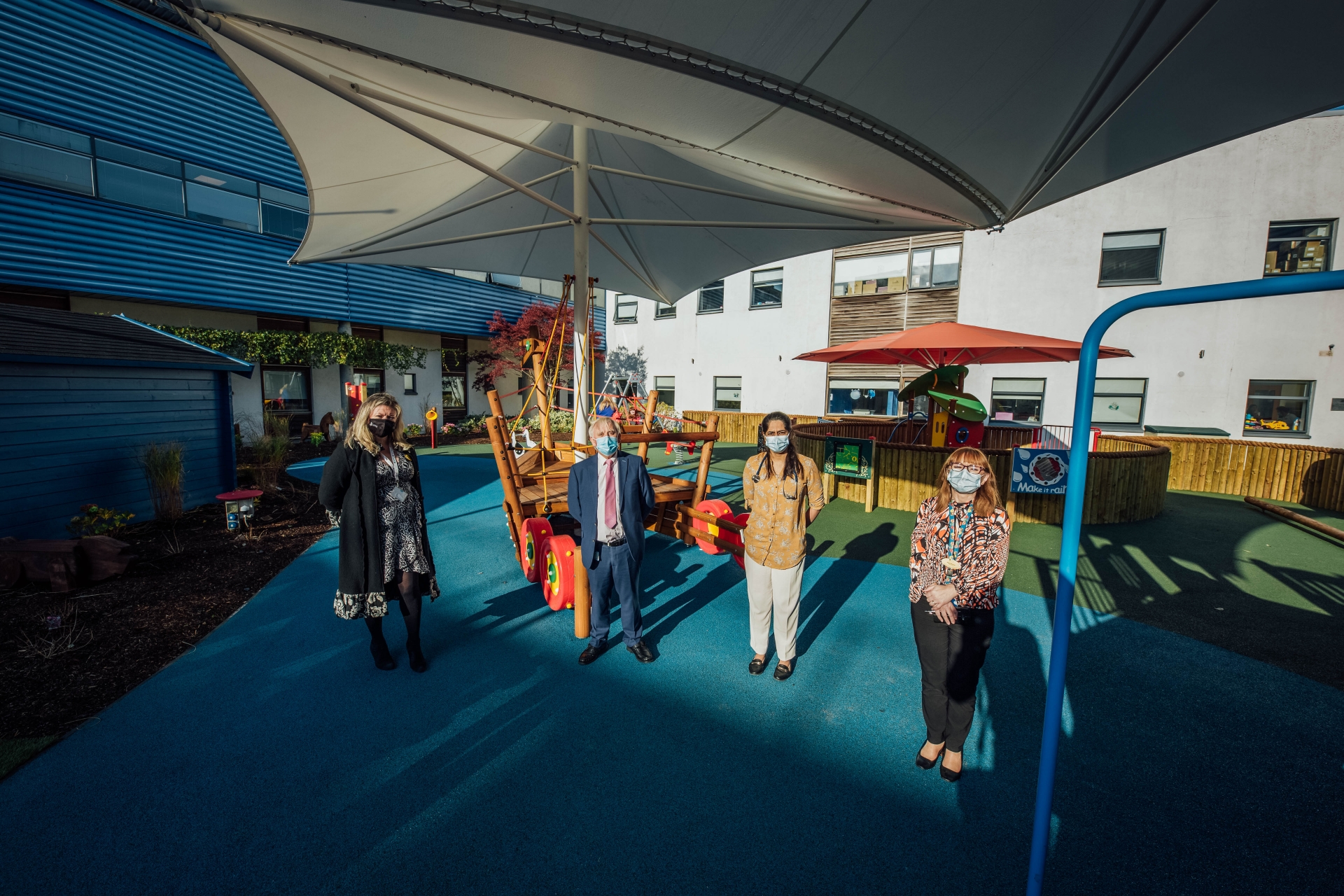 Dr Siobhan Gallagher, Clinical Director of the Maternal & Child Care Directorate at the UL Hospitals Group, said the refurbished Ark Park fulfils a number of important objectives. "Throughout the design we paid special attention to the provision of play for children with disability and the need for inclusive play and access for all."

Speaking at the opening ceremony, she paid tribute to the people of the Mid-West who have raised so much money for the project over the past number of years, the businesses in the region for their donations and support, and staff and management across the UL Hospitals Group community.

"This development is the culmination of around four years work, but the fundraising and planning has been going on behind the scenes for about the past eight years. And when you look at what we have here now, it’s so tranquil that it’s different to believe that we are right in the heart of a busy hospital community,” Dr Gallagher added.

Kris Buckley, Senior Play Specialist at the Children’s Ark, describes the Ark Park as "an oasis".

She said: "This kind of atmosphere, an oasis in the middle of the hospital, is so important for the overall wellbeing of children and their parents, and also the staff. It gives them a unique opportunity to walk outside in the fresh air and get away from the noise and bustle of the hospital environment.”

June McGrath, who has been bringing her daughter Lauren to UHL for the past 11 years was delighted to watch Lauren perform the official opening honours.

“It’s lovely to be here today for Lauren to open the new park. We’ve been coming here since Lauren was 3, and it’s just so lovely to have a new park where children, especially those who are in for long periods of time, and their parents, can get out in the fresh air. It’s so important for the mental health to get outside, breathe the fresh air, and have a bit of fun. If you don’t have that opportunity, the walls can really close in on you,” June said.

“The old park was past its best, and this one is completely wheelchair accessible, so Lauren will be able to scoot out here on her wheelchair, especially if she has to wait for an appointment. She’ll actually look forward to coming in now. It’s not all about dressings and needles,” June added.

Christy Hanbury and his team at Creative Play Solutions were praised for the care and attention to detail of their work, in addition to crane operators and Core Landscaping, all of whom readily contributed additional time out of goodwill towards the initiative. Dr Gallagher also thanked Limerick Live 95 for contributing to the new indoor Safe Play Area at the Children’s Ark, an aspect of the overall project that will enable children with physical disabilities to play safely; local companies such as Stryker, who make an annual contribution to services at the Children’s Ark; as well as too many HSE staff to mention who have raised money for the Ark in general and this project in particular.

“It is difficult to adequately summon the scale of the support of the hospital and HSE community towards the Children’s Ark, and initiatives such as the Ark Park. Along with the incredibly generous fundraising efforts of the people of the Mid-West, this support has made such an enormous contribution to the children here and their families. Without it, we wouldn’t be able to do what we do,” Dr Gallagher added.

Gratitude was also expressed to all within and outside the hospital community whose collective input has brought the project to fruition.