Limerick woman sets up space to provide support on the web 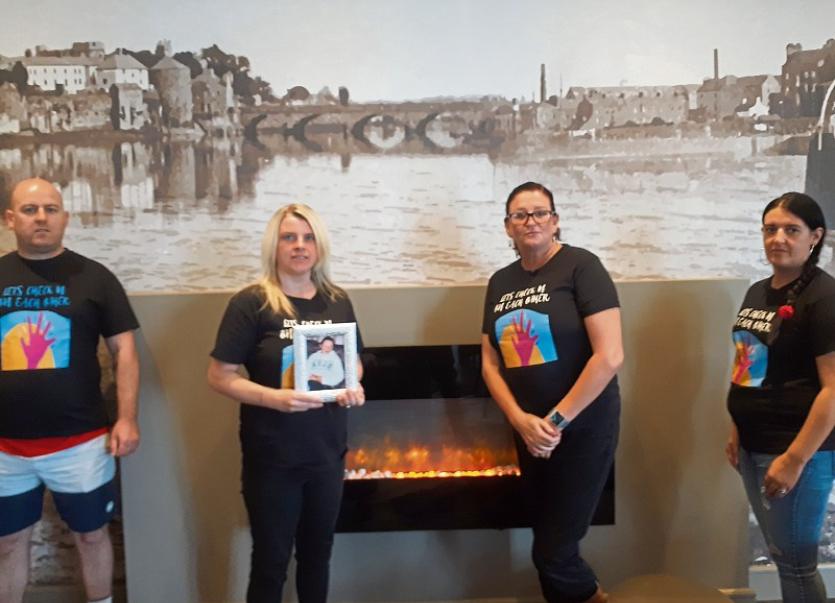 Let’s Check in on Each Other founder Pauline Casey, pictured with an image of her late sister Louise, flanked by Patrick Ryan, Sarah Beasley and Marcella Hogan

WHILE the Internet is a wonderful resource for many people, there are times when it can prove to be a hostile place, especially on social media websites.

Now a Limerick woman has set up a safe space on one such social media site, Facebook, to allow local people to provide support to each other, and also help out some of the most marginalised in society.

Entitled ‘Let’s Check in On Each Other’ the group was established by Pauline Casey, whose sister Louise ‘Bubu’ died back in 2016.​

Since being established 12 months ago, some 3,200 people have joined, and check in at times seeking support or indeed wanting to help out or lend a listening ear.

“I wanted to do something in memory of my sister. I kept seeing more deaths, and increased homelessness in Limerick, more suicides. So I put a plan together and came up with the page. I didn't think it would work to be honest. But I said I'd give it a go. A few times I felt like taking it down. But it just seemed to snowball after a while.”

By Christmas last year, Marcella Hogan, and her partner Patrick Ryan had come on board, alongside a number of other ‘administrators’​ to run the site and give Pauline a bit of a break.

Through a shoebox campaign on the page to help the homeless, some 500 people were helped.

Other campaigns in the Facebook group saw €1,000 raised for the Haven Hub, which provides support to those in distress.

And members have often donated items off their own back to help people who reach out to them directly.

Marcella, who lives in Roxboro, said: “There was a lady one day she got in contact with Patrick. She was in her home and struggling, she had no TV channels. So myself and Patrick brought down a streaming box and we logged her into our own Netflix account as the child was watching the same DVDs over and over.”

For other people, a listening ear is more than enough.

“We've had people contact us at two or three o'clock in the morning. We've guided them to places like the Haven Hub. People can message us and text us at any time.

“You'll get people who ask if there is anyone there to chat to, and we'd pick up the phone and chat away to them, calm them down, if they are having a bad day,” Marcella explained.

Of the seven administrators of the site – who check in on each other daily – three are men, and Patrick says this is important because many males might not feel comfortable going through their problems with someone of the opposite sex.

Community activist Sarah Beasley is full of praise for the work being done on the page.

“When you go into Facebook, you'll often see people down in the dumps. They are reaching out to people and they are getting the support they need,” she said.

All are welcome to join the page – but people using it are asked to sign up to a code of conduct, where they agree to treat one another with respect.