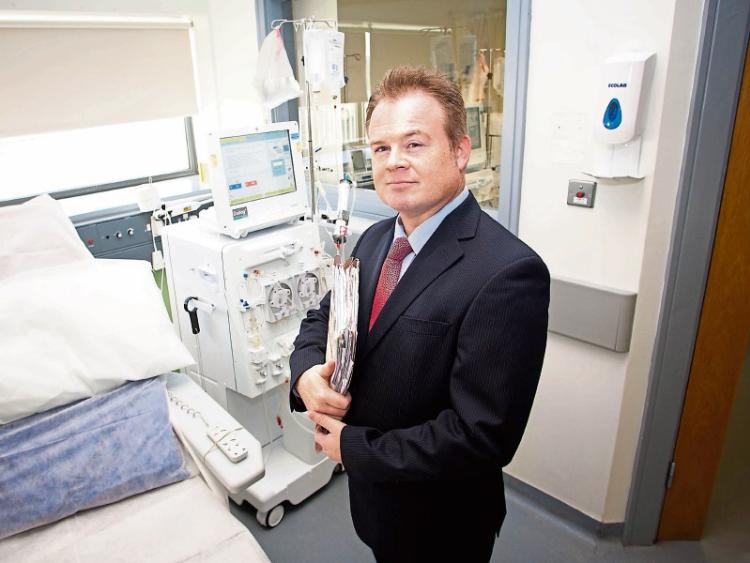 UNIVERSITY of Limerick research has shown that life expectancy outcomes for two of the most common forms of kidney dialysis treatment are “virtually identical”.

In the largest study of its kind, researchers from the Graduate Entry Medical School (GEMS) at UL compared the survival of patients with kidney failure that were treated with either peritoneal dialysis (PD) or haemodialysis (HD) at a dialysis centre, two of the most common forms of available treatments.

The researchers found that the survival of new patients with kidney failure was similar irrespective of treatment type - PD or in-centre HD - and have recommended that this new knowledge be incorporated into policy documents to enable patients and their providers make the best decisions on optimal treatments.

Prior to the study, questions had been raised by the scientific community as to whether one form of dialysis was superior to another in terms of survival benefit. This answer to this question is of “huge significance” according to Professor Austin Stack, Foundation Chair of Medicine and Lead Investigator for the Kidney Research Consortium at UL.

“There has been huge debate on this issue, as they are very different treatments for kidney failure,” said Professor Stack.

“Defining whether one treatment confers a survival advantage over another for patients who develop kidney failure is of utmost importance. We have shown in this study that the life expectancy was virtually identical on either of these therapies. This is hugely important as it means that patients have a choice,” he added.

The systematic review, a pooled meta-analysis of 17 cohort studies with over 113,000 dialysis patients between 1993 to 2014, was conducted by the research team at UL in association with the Departments of Nephrology and Internal Medicine at University Hospital Limerick, and the findings have just been published in the international journal Nephrology, Dialysis and Transplantation. Despite the overall similar survival between PD and HD, it did uncover important differences from country to country and across different time periods.