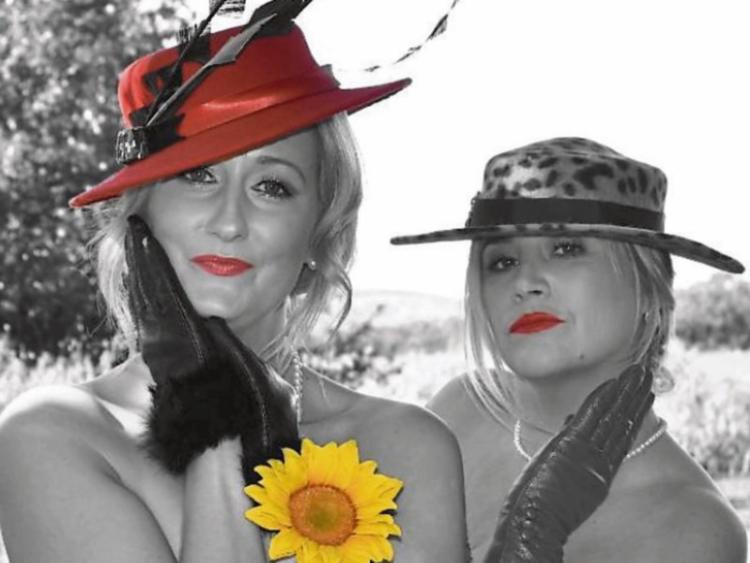 Siobhán Boyce and Bridget Costello O’Flynn who feature in May in the calendar.

MOVE over, ye Yorkshire lassies. The women of Broadford, Co Limerick are getting ready to take over the mantle of Calendar Girls, 20 years after the women of Rylstone and District Women’s Institute first came up with the idea and took the world by storm.

In two weeks’ time, the Broadford Calendar Girls calendar hits the shops and is likely to be the sensation of the year.

But, like the original Calendar Girls of Yorkshire, it has a serious intent and all money made from the sale will go to two charities that help people dealing with the serious issues of cancer, suicide and mental well-being: Pieta House and The Mercy Foundation.

Unlike the original Calendar Girls, which started with a calendar and ended as a movie, the Broadford Calendar Girls started out, making a mini-movie.

The group was brought together, Sharon McCarthy explained, following auditions for the Broadford OsKars where the 12 women were assigned to the film Calendar Girls.

Like the other six groups taking part in the OsKars, they had to rehearse and film a ten-minute mini version of Calendar Girls.

“As part of the filming, we took the photographs as they did in the film, that is nude , not naked as the film says,” Sharon continued. “We are very well covered.”

Just as in the film, all sorts of props are strategically used: kitchen implements, flowers, vegetables. “We range in ages from 35 to 70 and we are widowed, separated, single, married. We are retired, teachers, hairdressers, office assistants, mechanics, size 8 to 22, so all walks of life, shapes and sizes.”

Lillian White, one of the organisers of the Broadford OsKars took the photographs. “We were all delighted with them,” said Sharon. “We felt it would be a shame to do nothing with them.” Besides, she added, over 1,000 people had already seen the photographs on the night of the OsKars in Charleville and they are also going to be seen on the DVD of that night.

And so the idea of a real calendar, to raise money for charity, was born.

Picking the charities was easy, Sharon said, as many of the women had first-hand experience of loss through cancer or suicide or had people close living with mental health problems. In many ways, she explained,, their stories and the story behind the original Yorkshire calendar in 1999, was very similar. “It was very close to the heart,” she said

Their chosen charities, Pieta House and The Mercy Foundation, were delighted to come on board, Sharon said, and with the assistance of graphic designer Suzanne McGarry, the calendar was put together.

The calendar will be launched in mid-November and will cost €10.