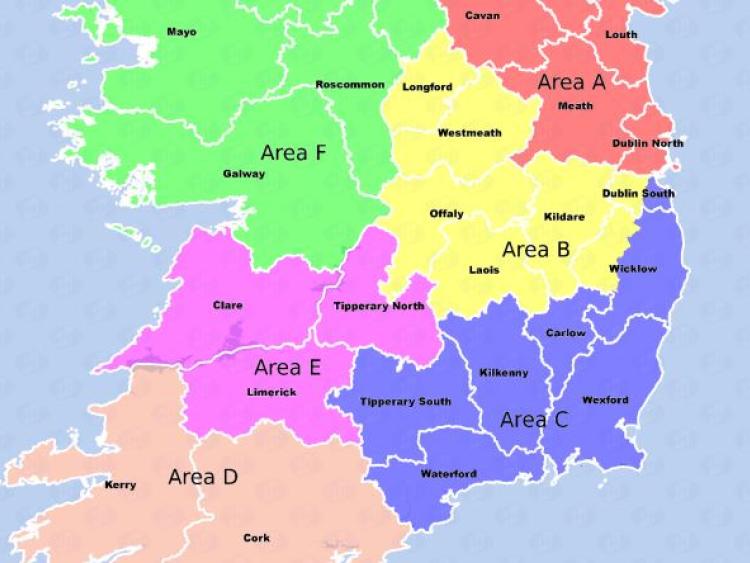 QUESTIONS remain over how exactly community healthcare and acute hospitals in Limerick, Clare and North Tipperary will be financially boosted from a regional health zone that has been agreed by the Government.

This Wednesday evening, Minister for Health Simon Harris announced that the Cabinet had approved a radical reformation of the HSE, which will give more authority and responsibility to regional divisions across the country.

Under the Government’s proposals, there will be six different regional hubs, entitled Area A to F. Area E comprises Limerick, Clare and North Tipperary

It is the only area in the country to be geographically unchanged from the current structure of the HSE Mid-West (also known as CHO 3) and the UL Hospitals Group.

It is understood that the concept of this proposed system will entail a “one budget, one approach” system, and will aim to give more autonomy to manage most primary, acute and social care in the respective regions.

The Government has said this new system will provide better outcomes for patients.

As well as empowering more frontline staff to effect change in their regions, the proposal will also mean more accountability when it comes to finance and performance.

The HSE will still exist, with the regional divisions answering to the national office.

It is expected that CHO 3 and the UL Hospitals Group will be aligned, but the Government has yet to clarify how this will operate.

However, while the Government has approved of this new change, a clear vision for roles and responsibilities for the regional and national organisations has yet to be furnished by the Minister.

A spokesperson for the Department of Health told the Limerick Leader that this aspect is expected to be clarified in 12 months.

In the interim, the HSE is coordinating more integration between health services in preparation for this ambitious restructuring, which forms part of the Oireachtas’ 10-year Slaintecare plan.

And while the proposal has been widely welcomed by clinicians, politicians and the public nationwide, question marks hang over how this decentralised model will financially provide for community healthcare, staff, and hospitals, such as University Hospital Limerick.

The Government has said that the regional zones will be able to plan “for the needs of the population”.

In particular to Limerick and the Mid-West region, key issues such as opening hours of the injury units, bed capacity and infrastructure of UHL, and staff deficits are expected to be among the top on local management’s agenda when seeking funding.

It is not known how a hospital will, for example, apply for funding in a bid to recruit specialist positions, or if there is a need to fast-track crucial major developments, such as the €25m 96-bed block.

Welcoming the new initiative, Fine Gael senator Maria Byrne said that the new health region will be responsible for the delivery of most primary, acute and social care services with “a single budget”.

“For too long decisions about the health services in the Mid-West Region have been made centrally with no consultation with staff working on the ground.

“It is important that a strong structure is put in place for this to happen that will enable staff to deliver the best care possible,” she said in a statement this Thursday.

She told the Limerick Leader that one of the first projects that should be funded under the new division would be to open the injury units in St John’s Hospital for longer hours.

“Small little things like that. If they were to be introduced, it would certainly bring down the waiting lists in the A&E at University Hospital [Limerick].”

She said that the experts from the NHS and the Royal College of Surgeons Ireland, who will be independently reviewing UHL’s overcrowding crisis this year, will play a key role in the development of the regional zones.