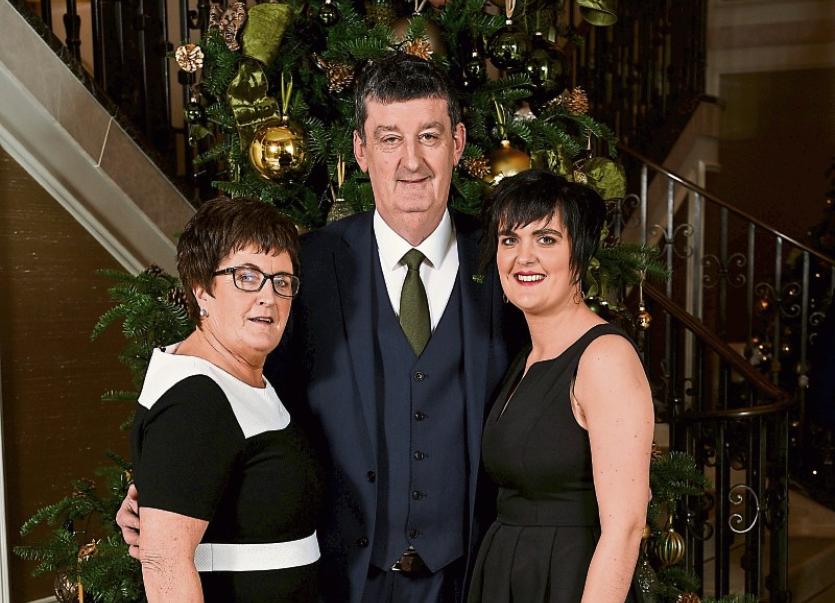 IT was, as MC Matt O’Callaghan pointed out, an evening of mixed emotions.

There was sadness, of course, and an aching regret that Mary Cregan, the young woman who had inspired one of the single-biggest fund-raising events in West Limerick, was unable to witness what her generosity of spirit and desire to give back had achieved.

But there was exultation too that so much had been achieved in Mary’s name and that her legacy was a phenomenal €150,000 for seven, cancer-related charities.

“One of the biggest smiles tonight will be in heaven, where Mary Cregan will be looking down, very happy and very grateful that the people who helped her on her journey and in her final days are being recognised here,” Mr O’Callaghan said at the presentation of cheques at the Longcourt House Hotel at the weekend.

Sadly, Mary did not live to see the success of the event she inspired. She drew her last breath on March 14. But to her great joy, she knew before her death that it had garnered huge support and that her initial, modest target had been outstripped by tens of thousands of euro.

But, Jim Barry, announcing the final figure on Friday night, explained that the organisation was down to Mary who was determined it would be a night for people to enjoy.

Six organisations: Brain Tumour Ireland; Brú Columbanus which provides accommodation for the families of patients at University Hospital Cork; ACT, the Aid Cancer Treatment organisation which works to improve quality of life for cancer patients; BHOC, the Bandon Hyperbaric Oxygen Centre which give patients large doses of oxygen to promote healing; the Milford Care Centre and the Irish Cancer Society all received cheques for €23,000 while the Jasmine Unit at St Ita’s Hospital received €12,000.

“There aren’t enough words to express our gratitude,” said Cliona Doyle, a co-founder of Brain Tumour Ireland. “It is astonishing that at a time of grief and tragedy you came together, stuck together and made it happen, bringing Mary’s ambition to fruition. It really is some feat.”

Pat McCarthy of ACT said the money would be used to refurbish the Dunmanway Suite at University Hospital Cork, which provides services to 17 cancer patients and where Mary had received treatment.

“We are so humbled to be here tonight,” Robert Wilmott, of BHOC said. The money would provide oxygen treatment to 80 people over the next three months he said. And he paid tribute to Mary Cregan’s spirit but said, above all, what would be remembered is her smile.

Eileen Mullane, a Daffodil Nurse, accepted the cheque on behalf of the Irish Cancer Society, which last year provided a night nurse service to almost 3000 families.

It was a job, she said, where the preciousness of every soul was paramount.

“Caring for Mary’s beautiful soul brought me to a new level. I am in awe of her and the courage of people like her,” she said.

Overall, the €150,000 will be used by the various charities to support cancer patients and their families, to provide services or to carry out research.