Opinion: The rules of golf can just be so hard to understand - Ivan Morris 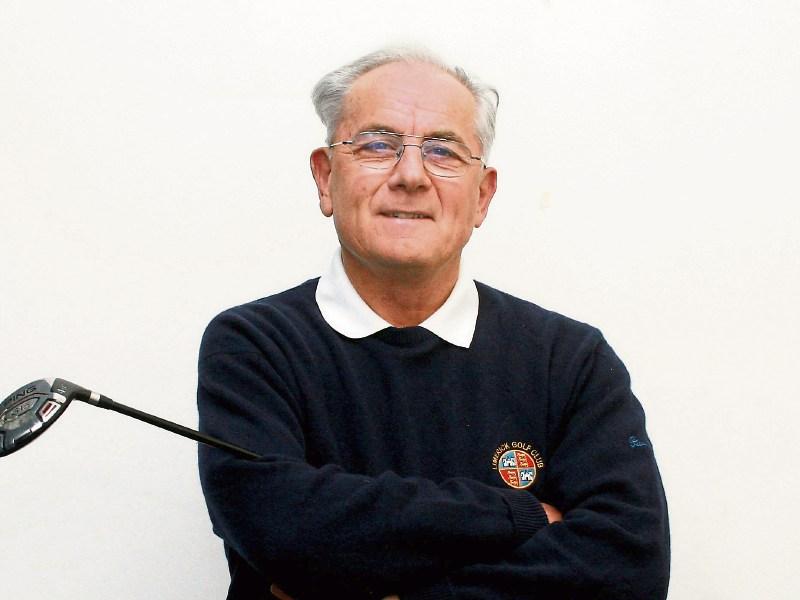 TWO rule episodes that arose at The Northern Trust/FedEx Cup Play-offs tournament at the spectacular Liberty National course overlooking the Hudson Bay and Downtown Manhattan, New York, left me scratching my head. While lack of intent is not normally regarded as a sustainable means of avoiding ‘some penalty’ for a breach of the rules in any sphere of activity, at the Liberty National Golf Course, one case of intent was deemed punishable and the other one wasn't.

Webb Simpson was refused permission to replace a cracked driver head during the normal course of play, which occurred through no act or fault on his part, intentionally or unintentionally.

Under the old rules Simpson would have been allowed to put the cracked driver out of play and send for a new one - not anymore, apparently.

Simpson must be asking himself, what is the difference between a shattered driver face and a cracked one because if the club had shattered or was visibly broken, he could have sent for a replacement mid-round but a crack receives no sympathy even if it is obvious that the club is rendered unusable.

Rory McIlroy deliberately touched a lump of sand in a bunker, which normally would be a 2-stroke penalty but he was excused because he told the rules officials that he honestly thought he had been in contact with a stone.

Prior to this year, Rory's excuse would have been dismissed. Rules clarity is vital.

Inconsistency around questions of intent would seem to undermine the fair application and credibility of golf’s rules.

Rory thought he was moving a pebble, as he is allowed to do under the new (2019) rules but it turned out to be a clump of sand. McIlroy reported it to an official immediately he realised what he had done.

After initially penalising him it was determined that as his intent was clear enough for him to be absolved.

Hurrah, common sense broke out in this case but not for Webb Simpson, which brought an incredible run of golf to a sudden sharp stop.

I was glad to see he found a compatible replacement soon enough and finished the tournament 67, 70 - good for him.

Incidentally, Simpson was also the victim of another harsh ruling when leading a tournament at the Greenbrier in West Virginia a couple of years ago when the wind moved his ball while he was addressing it and he was penalised. That rule has also been changed since.

Unless the player has deliberately caused the ball to move, he may replace it for no penalty and carry on.

That seems equitable but why a crack in a club's face did not measure up to the 'un-playability' standards of other damage is beyond me.

If the player intentionally broke the club by banging it against an object, of course they should not be allowed to send for a new one mid-round but, accidental and unintentional cracks not receiving any leeway or forgiveness is hardly fair.

The rules changes that came into effect on 1 January 2019 state: "clubs are defined as being “broken or significantly damaged” if specific criteria are met, like if the shaft breaks into pieces or splinters, the face or clubhead deforms, the grip is loose or the clubhead detaches or loosens from the shaft".

Then, there is the sentence that makes absolutely no sense: “A player is not allowed to replace his or her club solely because there is a crack in the club face or the clubhead.”

My golf’s not that much to boast about anymore. A scattering of well-played holes here and there but far too many of the other kind with too much wastefulness, especially on and around the greens.

My drives are coming up shorter; my irons land further away from the intended target. My putting is streaky and no longer reliable.

I keep telling myself that I shouldn't care so much but, I do. Golf may be my way of life but it really is not that important.

After all, I’m now a couple 'over level fours' in age and should appreciate being alive and well and out in the fresh air, enjoying some healthy exercise.

The challenge has changed from striving to improve to one of merely slowing down the gradual dis-improvement.

What a big surprise then to end up in the winners enclosure, out of the blue, and to match one's age when doing it - not to mention having one's handicap snipped by a couple of shots in an open competition against all comers; some of them one third my age. If I had any sense this would be the time to retire for good but, of course, I won't. Why should I?