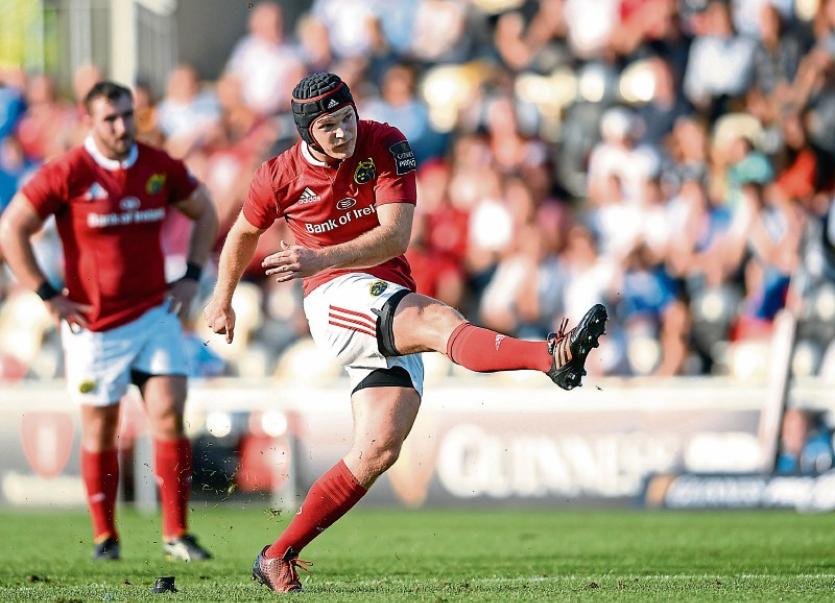 Tyler Bleyendaal has been named in the Munster team to face Ospreys | Picture: Sportsfile

MUNSTER Director of Rugby Rassie Erasmus has made just one change for Saturday afternoon’s Guinness PRO14 clash away to Ospreys at Liberty Stadium.

Tyler Bleyendaal, who did not feature against the Toyota Cheetahs at Thomond Park last weekend, returns to captain the side and will wear the number 10 jersey.

John Ryan, who has been named on the bench, is in line to make his 100th appearance for the province having made his debut against Cardiff Blues in September 2011.

James Cronin is also included among the replacements and could make his first appearance of the season having successfully rehabbed a knee injury.