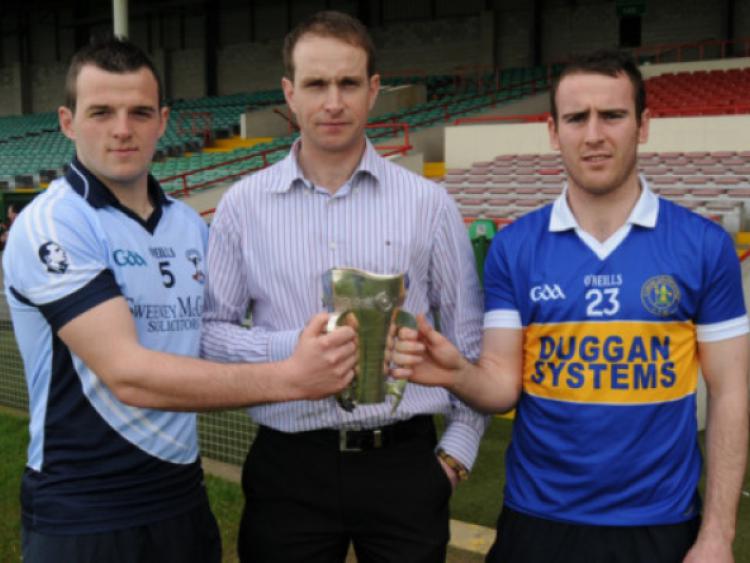 IT’S SUPER Sunday for Limerick GAA with four county U-21 hurling finals down for decision.

IT’S SUPER Sunday for Limerick GAA with four county U-21 hurling finals down for decision.

The showpiece of the U-21 grade takes centre stage on Sunday at 3.00 in Bruff.

Champions Na Piarsaigh put their title on the line against fellow Limerick City Division side, Patrickswell.

The Caherdavin men are looking for their eighth title at this level and their first back-to-back success since they made the U-21 break through in 1989 and 1990.

Many of their starting line-up already have two medals with wins in 2010 and 2012.

And, all were part of the 2011 county premier minor winning panel.

Patrickswell may have 10 titles in their roll of honour but they have to go back to 1997 for their last success.

Managed by Conor Shiels, Tom Millea and Diarmuid Madigan, the Light Blues will look to their three county seniors for inspiration.

They are captained from centre back by Alan Dempsey, with Shane Dowling and Adrian Breen in attack.

Indeed many of the finalists will be familiar with eachother from Ardscoil Ris.

Patrickswell are managed by PJ O’Grady with Barry Foley, Seanie O’Brien and Michael McDermott as selectors.

The Well are captained from midfield by Mark Carmody.

Already this week, Na Piarsaigh were celebrating with confirmation that they won the Etihad Airways Raise The Bar competition.

The ultimate prize is a year’s sponsorship package with the Abu Dhabi-based airline.

Na Piarsaigh came out top over rivals Blackrock from Cork, St. Judes from Dublin and Kilanerin from Wexford after a public vote on www.etihadgaa.ie and votes from the judging panel of Nicky English, Micheál Ó Muircheartaigh and Des Cahill.

They will also get a new branded playing and training kit, mentoring, coaching and social visits from key figures inside and outside hurling and egular fundraising prizes such as Etihad Airways flights and All-Ireland hurling final tickets.

Na Piarsaigh GAA chairman Timmy O’Connor has praised the work of the club members who initiated the campaiagn and thanked all who took time to vote online.

“We are indebted to everyone who voted for us,” said O’Connor.

“Everyone within our own club was so supportive to our efforts to secure votes, but also we got great support from people in clubs around Limerick and indeed all over Ireland and abroad,” said the club chairman Timmy O’Connor.

SUNDAY AT 7.00 IN KILMALLOCK

SUNDAY AT 5.30 IN KILMALLOCK