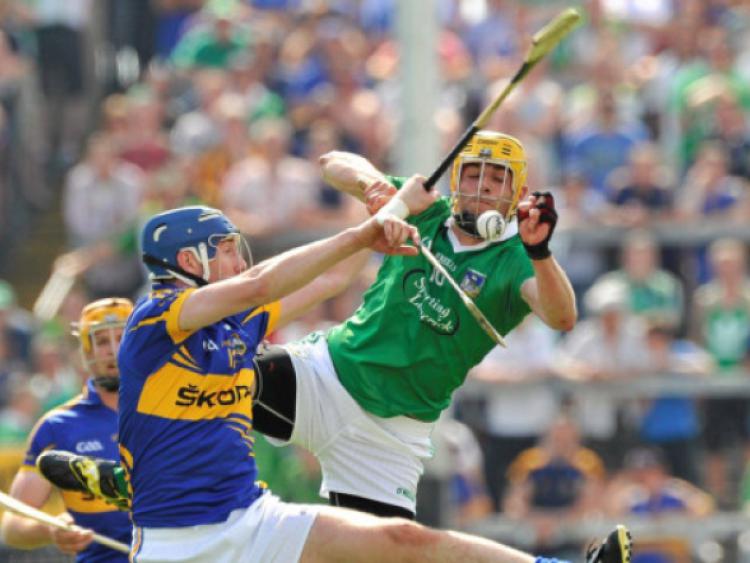 Jerome O’Connell rates the Limerick players following their impressive win over Tipperary in the Gaelic Grounds.

Jerome O’Connell rates the Limerick players following their impressive win over Tipperary in the Gaelic Grounds.

Produced two excellent saves in the first half to deny Seamus Callanan and Pa Bourke and also raced from his line to avert another dangerous ball in his goalmouth.

One of those to grab the game by the neck from the off. Won some superb 50-50 balls and constantly powered out of the defence to inspire those around him.

Deservedly named the official Man of the Match. The 2012 All-Star nominee had one nervous moment when turned on the right sideline in the first half but otherwise was flawless.

Sub John O’Dwyer caused him all sorts of trouble for the opening 10 minutes of the second half but that apart Condon was inspirational with one memorable shoulder on Eoin Kelly.

John O’Brien roamed free from his wing forward position to score four points and this will disappoint the vice-captain. But O’Brien was a constant back-up to his full back line and his deliveries to attack were impressive.

Has grown into the centre back role impressively. Held the centre well with some great overhead catches and launched many an attack.

Was quiet in the opening half but called upon all his experience to steady the ship on the resumption. Won the first crucial ball over the head of Lar Corbett in the final five minutes.

Ran himself into the ground for his 65 minutes on the field. Very impressive in the first half when he carried an amount of ball out of defence to link with the attack.

Part of a half forward line that set out to nullify the Tipp half back line. Curbed Padraic Maher in the early minutes and scored a point but after that Maher grew in prominence and Breen was subbed in the 42nd minute.

Brought a massive work rate to the opening half, especially. Dropped deep into the half back line to emerge with an amount of possession. Also scored Limerick’s second point of the day.

Had an outstanding first half. Was positioned at wing forward for his work rate and duly responded. Could have goaled in the 28th minute but after a surging solo his kicked effort didn’t hit the target.

In scoring terms he didn’t feature but worked hard throughout. His hook set up a James Ryan point and in the final quarter he was fouled twice for crucial frees as Limerick bounced back from the Tipp goal.

Used in a free role in front of the two-man full forward line and sometimes appeared in no-man’s land. After missing some early long range frees he progressed to score a point from play in either half and 0-6 from placed balls

Played very little during the league but proved his class with a sparkling display. Provided the final pass for two of the early points and then chipped in with the goal and a fine second half point in reply to the Tipp goal.

Introduced seven minutes into the second half for Breen. Didn’t dominate his position but worked tirelessly to help curb the growing influence of the Tipp half back line.

Played the final 22 minutes. His block and point levelled the game at 1-14 each. Then he followed up to put Limerick back into lead with huge free from his own half. And it was a free that he had won when tracking back to tackle.

Came into the full forward line for the final nine minutes and did the necessary when he snapped up a Mulcahy pass in the 64th minute to swivel and score for a 1-16 to 1-14 lead.

His five minutes were a first taste of Munster championship hurling for the Na Piarsaigh man. Won one crucial ball and carried ball forward when others were tiring.

Shows the depth of talent when Downes only got the final two minutes. Could have a more telling impact later in the season.