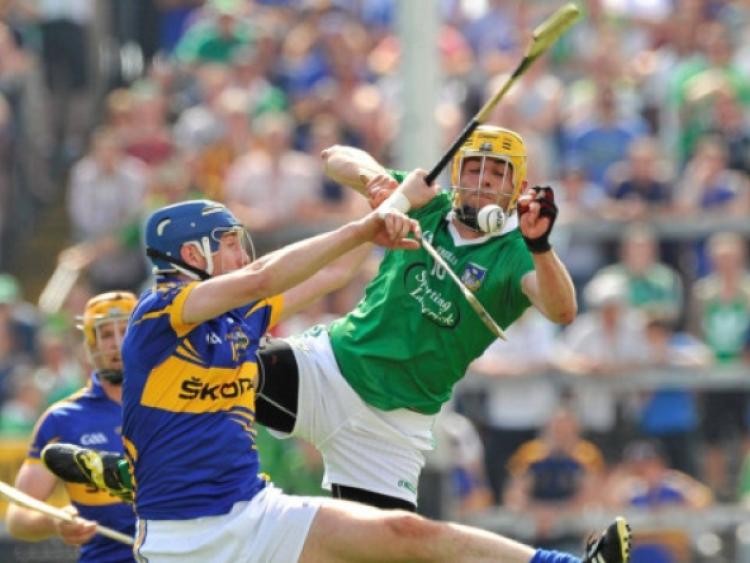 Steven Miller picks out some of the biggest talking points from Limerick’s shock win over Tipperary in the Munster hurling championship.

Steven Miller picks out some of the biggest talking points from Limerick’s shock win over Tipperary in the Munster hurling championship.

On a number of occasions over the last couple of years - in games of varying importance and status - Limerick got into a winning position deep into the second half but faltered with the line in sight.

In the 2011 Munster championship, Limerick were caught by Waterford late on, last year Tipperary powered past them in the closing ten minutes. The last two league finals - against Clare and Dublin - also saw Limerick fail to win games that were there for the winning.

The 2011 All Ireland quarter-final loss to Dublin and last year’s All Ireland quarter-final loss to Kilkenny were other occasions when Limerick saw a game slip from them the longer into the second half it went. Last year’s championship win over Clare was, admittedly, a standout exception but, rightly or wrongly, our perception of this team was of one that could get to a certain point in a big game but were unable to kick on.

On the evidence of last Sunday, those losing experiences were put to very good use. The most encouraging aspect of the win was Limerick’s response to Tipperary’s surge early in the second half. Limerick went from three points up to four points down, they were struggling to win possession, the backs were under pressure and the momentum was with Tipp.

Yet Limerick didn’t panic, neither on the field or on the sideline. The subs were used wisely and Limerick kept their concentration, their focus and their discipline. They didn’t drop their heads and they took a decent amount of their chances. To see a side win a game finishing strong - rather than just hanging on - is a wonderful sight

When a team wins a game of such magnitude, especially when they go in as underdogs, the euphoria of the celebrations can disguise the flaws in a performance. Limerick deserve much credit for many aspects of their display - but there is still massive room for improvement.

Limerick coughed up four goal chances. The brilliance of Nickie Quaid saved them twice, a bad effort from Seamus Callanan cost Tipp another time. Limerick were carved open for those chances and they won’t always get away with it.

Another glaring aspect is Limerick’s poor return on their own puckouts. Kieran Bergin, Conor O’Mahony and Padraic Maher won a mountain of ball and it wasn’t the first time that Limerick struggled to win primary possession. Any improvement in this area would surely allow Limerick move to another level.

And then there’s the role of Declan Hannon. Started at full-forward he spent most of his time further out the field but despite scoring nine points, he still looks to have more in him. Missing a couple of long-range frees in the opening half wasn’t the greatest sin but he spurned one good chance from play in that first period and then over-cooked a pass to Graeme Mulcahy early in the second after he had done great work to create the opening. His missed free at a crucial juncture could have haunted him too but he’s a quality player that has even more to give to this side.

Likewise with Mulcahy, who was held scoreless, but is still probably Limerick’s most dangerous forward

Last year when Limerick were beaten by Tipp, it was Tipp’s bench that was lauded for winning the game. This time the opposite was the case.

The decision by John Allen and his management team to leave Shane Dowling and Kevin Downes out of the starting side got most of the attention last week but Conor Allis and Niall Moran could have been justifiably disappointed too. How they all responded to that disappointment was crucial for Limeric.

Dowling came on to land two points, one a beast of free from just outside his own ‘45, while Moran also found the range and Allis, Downes and Cathal King all saw action. Downes, surprisingly, only got about three minutes of game time but he surely will have a bigger role to play further down the line.

The massive challenge for Limerick now is to repeat Sunday’s performance. It’s always hard for a team to hit the such massive heights two games in a row - but to win a Munster championship, Limerick are going to have to.

It was a fantastic occasion in the Gaelic Grounds last Sunday but it’s such a pity that these home Munster championship games for Limerick are such a rareity.

Limerick’s last home game was six years ago and despite the thrill of the win, there’s something seriously wrong with the GAA structures that allow that to happen. In a sporting environment as competitive as Limerick, how can it be good for the game that championship hurling is rarely played in the city?

It’s the same in Kilkenny, Waterford and Galway. It’s just not good enough. It’s also frustrating that there is a five-week break between the semi-final and final.

Is there any other sport that hides its best products as much as the GAA does?