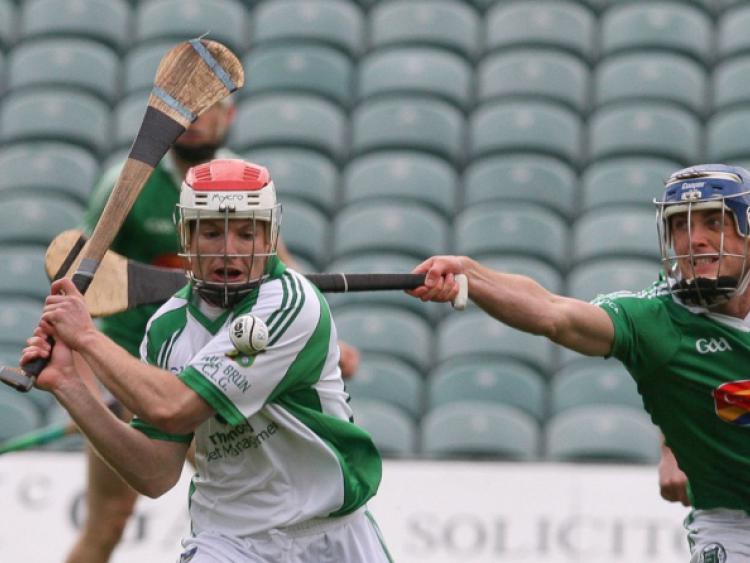 Doon caused the shock of the round when they beat Na Piarsaigh by 1-17 to 3-10 in the Limerick SHC on Sunday.

Doon caused the shock of the round when they beat Na Piarsaigh by 1-17 to 3-10 in the Limerick SHC on Sunday.

The result sees Doon book their quarter-final place while Na Piarsaigh must fight it out with Patrickswell for the other place in the knockout stages. And given the restructuring of the championship for 2014, the losers of that Na Piarsaigh-Patrickswell game could well find themselves battling for their senior survival.

Doon led 0-10 to 1-4 at the break having played with the breeze but they were dealt a blow early in the second half when Pat Ryan was given his marching orders. But despite goals from Shane Dowling and Kevin Downes, Doon kept battling and a goal from Michael Ryan and late points from Dean Coleman, Cathal McNamara and Michael Ryan ensured their win.

Elsewhere over the weekend, champions Kilmallock maintained their unbeaten run thanks to a 4-9 to 1-14 win over last year’s intermediate champions Ballybrown.

A goal after 40 seconds from Paudie O’Brien looked to set Kilmallock on their way but Ballybrown soon found their feet.

But then came another Kilmallock goal. This time from Kevin O’Donnell.

Back came Ballybrown and at the break they were level 2-2 to 0-8.

But a Graeme Mulcahy goal settled the Kilmallock nerves and then another O’Donnell goal had them in the driving seat. O’Connor hit back with a Ballybrown goal but the champions held on.

They led 3-13 to 0-2 at half time with Limerick star Declan Hannon hitting two goals and Willie Griffin getting the third. Hannon hit 2-4 from play, Griffin scored 1-4 and John Fitzgibbon got 0-5 from play as they overpowered win-less Bruree.

Patrickswell got their championship back on track with a 3-16 to 0-8 win over Granagh-Ballingarry. The sides were level 0-6 each at half time but Patrickswell took over in the second period thanks to goals from from O’Brien brothers Kevin and Thomas and Barry Foley.

Murroe-Boher also got back on track thanks to a 1-15 to 0-15 win over Knockainey.

The winners had a total of 1-11 from inter-county man Seanie Tobin. His side led 0-8 to 0-7 at half time with Patrick Kirby dominating scores for Knockainey from frees.

In the second half a Tobin goal eased his side ahead and points from Pat Tobin and Pat Walsh were also vital in the narrow win.

Last evening, Effin were 2-16 to 1-3 winners over Hospital-Herbertstown in Kilfinane.

They led 0-6 to 0-3 at the break. A Barry Ryan goal for Hospital left it 0-9 to 1-3 midway through the half. Goals from Jack Quaid and Conor Kearney eased the winners over the winning line in the end. South Liberties were 0-11 to 0-10 winners over Croom in Bruff.

Liberties were 0-6 to 0-2 ahead at the break. They were backed by Barry Nash frees, while Conor Allis accounted for many of the Croom scores from placed balls