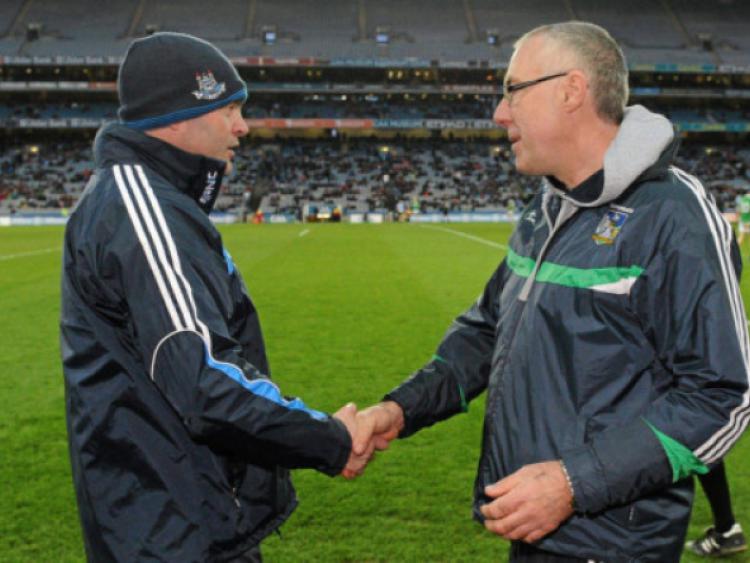 LIMERICK defender Tom Condon will be back to full fitness for Saturday’s Allianz Hurling League Division 1B final.

LIMERICK defender Tom Condon will be back to full fitness for Saturday’s Allianz Hurling League Division 1B final.

Limerick will be just short of full strength for Saturday’s Allianz Hurling League Division 1B final.

Defender Tom Condon is expected to return to full training this week and take his customary position at No4 for the vital clash with the Anthony Daly managed Dublin.

The expected return of Condon, means that just long-termed injury captain Donal O’Grady will miss out on Saturday final in Thurles, which has a 7.00 start and will be televised live by TG4.

Limerick will name their team after training on Thursday evening but there will be wholesale changes from the side that drew with Wexford last Sunday. As qualification was already assured prior to that contest, Limerick manager John Allen availed of the opportunity to rest some of his stars and give game time to some fringe players.

Ahead of Limerick’s third league final appearance in three years, Allen has spoken of the importance of winning promotion to join the likes of Kilkenny, Tipperary, Galway and others in the top tier.

“It’s a hugely important game - we are in the final again and obviously we want to win it and go up on merit,” said the Limerick manager.

He again hit out that the league structure with just six teams in the top flight.

“The way that the league is structured is all wrong - there should be a bigger league with more teams. We are just marginalising teams,” said Allen.

“We have proved that we are as good as everyone else so I presume it will be a championship-like game,” said Allen of Saturday’s decider.

“It’s very important - you don’t underestimate how valuable it is to be playing against the better teams. Limerick have shown over the last three years that they are as good as all other teams but its unfortunate the way the league is structured.”

“Other than Donal O’Grady there is no one else that we are worried about. Tom Condon should be ok - he has an elbow injury and we didn’t risk him against Wexford.”

Limerick won the group game between Saturday’s finalists and therefore the bookies have John Allen’s men as the slightest 10/11 favourites, with Dublin available at evens.