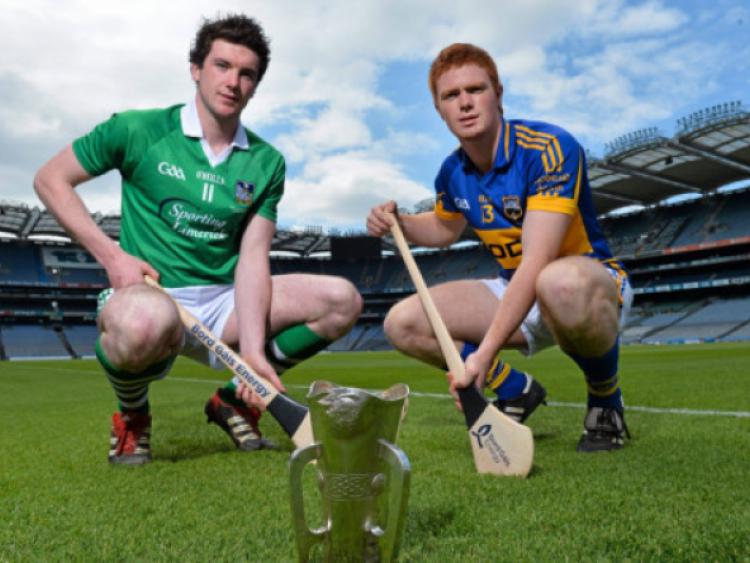 SEVEN members of the Limerick senior hurling panel backbone the U-21 side to play in the Munster championship this Friday (7.30) in Thurles.

SEVEN members of the Limerick senior hurling panel backbone the U-21 side to play in the Munster championship this Friday (7.30) in Thurles.

The seven are led by team captain Declan Hannon and vice-captain Shane Dowling.

Apart from Ryan and Reidy, the other five are all survivors from Limerick’s 2011 Munster championship winning team.

Limerick’s defence of that title fell at the first hurdle with a disappointing performance against Tipperary in the Gaelic Grounds last summer.

Seven of that starting team are back for revenge.

Indeed another two (Robbie Egan and Mikey Ryan) are among the subs for Friday.

In the Limerick team, Kilmallock and Na Piarsaigh lead the way with three players each.

Team captain Declan Hannon is positioned at wing forward in an attacking unit that has four seniors.

Indeed the half back line is the only line of the field that doesn’t have a senior panellist. Barry O’Connell gets the No6 shirt with Daniel Morrissey and Kevin O’Donnell on the wings.

Centre forward is South Liberties’ William Hickey, who impressed with Mary Immaculate College in their run to the Fitzgibbon Cup final.

Overall the team looks well balanced and positioned for victory.

If Limerick win they travel to Cork for a semi-final against Cork on July 17.

“This year is a new regime - a new panel and a new management. We don’t mention last year because we are about writing our own history,” Limerick manager TJ Ryan.

Much criticism last year centred on poor preparations, complicated by a large number of U-21s having senior commitments.

But all appears on the right track this time round. The panel have played nine challenge games and finalised their plans with a game against Kilkenny last Wednesday and a workout in Thurles on Saturday.

Prior to that games against Waterford, Cork, Clare, the Kerry seniors, Dublin, Offaly, the Limerick seniors and the Limerick minors helped to shape the final squad.

In total 39 players saw game time and Limerick arrive at championship time with a full squad to select from.

“We are happy the way everything has gone. We are happy with the quality of our players and the games we played,” explained Ryan of the game that is live on TG4.

“Tipp are favourites and we have seen them play but it is very hard to gauge the opposition when there is no league to base it on.”

Ryan continued: “We are confident that if we perform to our abilities that we can get a win. This is the first of four games between Limerick and Tipperary and we would love to fly the flag for Limerick with an early win”.

“With seven guys on the senior panel there is a lot of organisation and it can be difficult but I knew that coming in this year. We had club games and Fitzgibbon cup earlier in the year but overall we are happy. The guys are very determined and we are all positive about going down there,” said Ryan.

“It’s championship so it’s a result business. I wouldn’t be one for moral victories so we really want to win this one,” said the former Limerick senior hurling captain and selector.