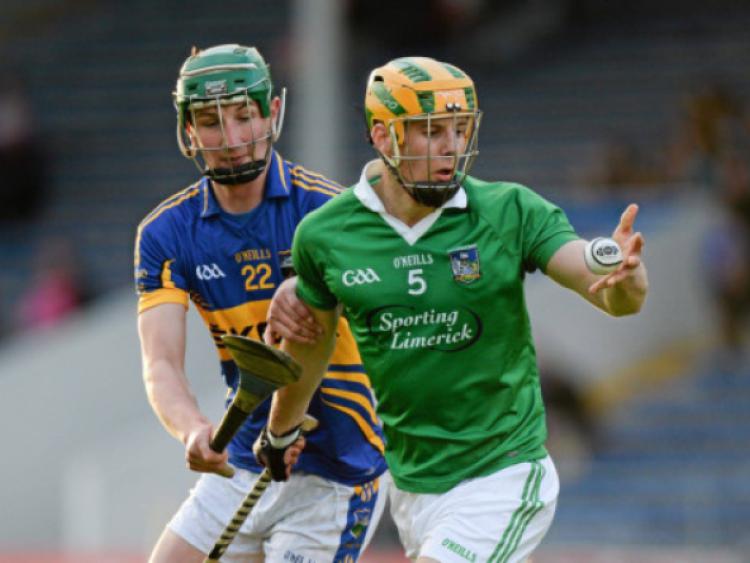 THE Limerick U-21 hurlers made another tame first round exit from the Munster championship when they were beaten 2-18 to 2-11 by Tipperary in Thurles on Friday night.

THE Limerick U-21 hurlers made another tame first round exit from the Munster championship when they were beaten 2-18 to 2-11 by Tipperary in Thurles on Friday night.

There was much confidence ahead of this game but alas Tipperary were clear winners and indeed the gap on the scoreline could have greater.

From the opening minutes it was evident that Limerick were bringing no intensity to the game. When they did win ball, the use of possession was poor and they never gave themselves an opportunity to get a foothold in the game. At the other end, under constant pressure, the Tipperary forwards punished every mistake and hesitant move.

Despite of all those failings, Limerick almost found a way back into the game. TJ Ryan’s side trailed 1-11 to 0-4 after a bitterly disappointing opening half.

Then Shane Dowling looked to have been restrained in front of goal. The referee didn’t agree and his failure to award a penalty brought the manager off his sideline to remonstrate and ended with captain Declan Hannon getting a yellow for his protests.

But what could potentially have been a two-point-game was very soon rubber-stamped as a Tipp win as within 90 seconds of the Limerick penalty claims, the winners had their second goal to open an eight-point lead.

Declan Hannon and Shane Dowling replied for Limerick but there was not to be another score from the men in green for almost 15 minutes. By the 20th minute it was 0-8 to 0-3.

And, it could have been greater but a Jason Forde penalty flew over the bar.

A long range effort from Kevin O’Donnell ended Limerick barren spell but Tipp again hit back with their first goal with Aidan McCormack finding the net.

O’Donnell hit back with a long range free but Man of the Match Forde eased Tipp to the interval with another two late points.

Ten points down, Limerick went for broke with personnel and positional swicthes at the break.

There was an early kick when Mikey Ryan found the net after an Adrian Breen solo.

David Reidy and Hannon added points and now at 1-12 to 1-6 there was a glimmer of hope. But Tipp steadied and three unanswered points left the gap at nine points with 41-minutes played.

Then came another four points from Limerick but still Tipp looked secure and only a second goal would really put the game into contention. That’s when Dowling appeared to be fouled for a penalty.

Alas, it wasn’t awarded and up the field went Tipperary and Jason Forde goaled to give them a 2-15 to 1-10 lead.

Shane Kenny blasted a goal in the closing minutes but it was mere consolation.