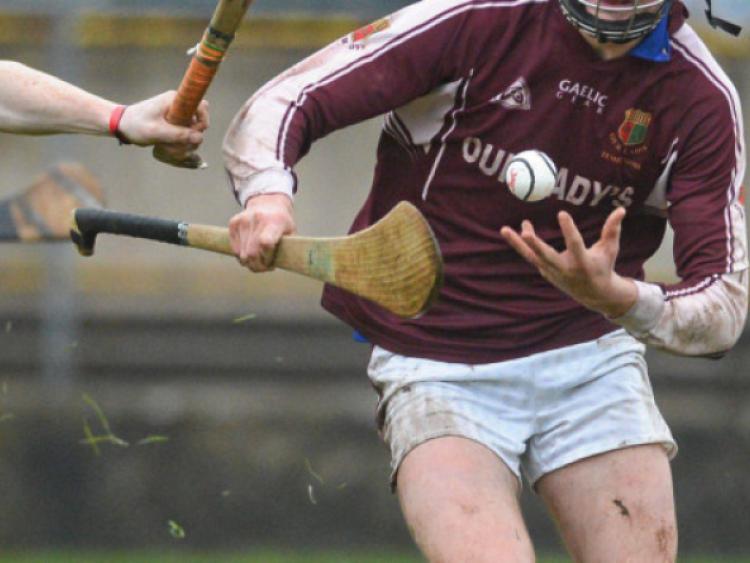 THE Limerick hurlers secured their place in the Division 1B final of the Allianz Hurling League thanks to a 0-21 to 3-8 win over Offaly in Tullamore on Sunday afternoon.

THE Limerick hurlers secured their place in the Division 1B final of the Allianz Hurling League thanks to a 0-21 to 3-8 win over Offaly in Tullamore on Sunday afternoon.

Limerick still have to play Wexford in the final group game next Sunday - but they are guaranteed of a place in the final, almost certainly against Dublin.

Limerick recovered from a dreadful start - they trailed 2-3 to 0-1 after ten minutes - but with wind advantage in the second half, they finally pulled clear. Indeed Limerick should have won by a lot more. The two goals they conceded were soft while they also spurned three good goal chances, hit 12 wides over the course of the 70 minutes and Declan Hannon had one of those days on the free-taking duties that he’ll want to forget as soon as possible.

Limerick were dealt a blow mid-week when Tom Condon was ruled out through injury and things got worse when his fellow corner-back Stephen Walsh cried off before throw-in. Shane O’Neill started instead of Walsh but he was judged to have fouled Shane Dooley for a penalty and then erred to let Dooley in for his second goal moments later. He was replaced by Mark Carmody shortly after but despite those two early goals, Limerick were well in contention.

The only problem was they struggled to score. Hannon was unlucky to see a goal chance come back off the post and Conor Allis - who started instead of the injured Niall Moran - forced a great save out of James Dempsey. Then, just before the break, Hannon went for goal from a close-range free but the Offaly defence kept it out. Limerick were already building up a head of steam though and got the last three points of the half - from Kevin Downes, Hannon (free) and Allis - to leave it Offaly 2-7 Limerick 0-8 at the break.

With the aid of a huge wind in the second half, Limerick duly went about eating into the lead on the resumption. Their radar might have been a bit off but they had all the play and seven points on the trot had them in the lead by the 51st minute. Offaly regained the lead completely against the run of play when sub James Mulrooney turned Richie McCarthy and set up Colin Egan for a simple tap-in. That put Offaly two points clear again but Limerick didn’t panic and points from Downes, Hannon, Graeme Mulcahy and Allis (two) put them in control again.

Offaly were dealt a blow when Colin Egan got his marching orders for picking up a second yellow card and although Dooley reduced the gap to three with a well-taken free, Downes settled Limerick’s nerves with his third point of day.

Limerick now play Wexford in the Gaelic Grounds next Sunday and will play the final the following weekend. The winner of Division 1B will earn promotion and a spot in this season’s Division 1 semi-finals.