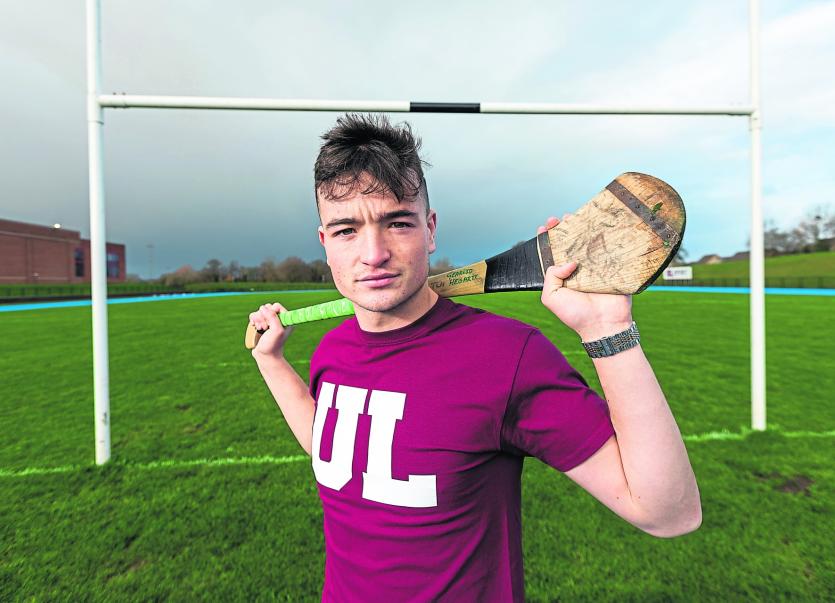 THE reappointment of John Kiely as Limerick senior hurling manager is “massive” according to Kyle Hayes.

The 21-year-old centre forward is one of just two players to have started all 17 championship games during Kiely’s original three-year tenure.

Last month Kiely was reappointed for another two years with a new-look backroom team and Kildimo-Pallaskenry star Hayes can’t wait to get to work under the 2020 management.

The two (John Kiely and Paul Kinnerk) of them are like father figures to a lot of us - it’s a massive thing for them to be still there,” Hayes said this week, when speaking at the official launch of UL’s new sports facilities –  The Maguire’s Field project.

“We will all look forward to getting back going again and having another crack off it. We will probably be doing some training before the New York exhibition and when we come home from that it will be getting fairly serious,” said the 2018 Young Hurler of the Year.

Ahead of the 2020 season, Limerick have made changes to their backroom team with the addition of former Limerick captain Donal O’Grady as a coach-selector and Mikey Kiely as the team’s new strength and conditioning coach.

“It’s something new with Donal O’Grady in there as well - that is something to look forward to - the changing faces. I had him (Mickey Kiely) at minor and U21s - it will be tough to come in after Joe (O’Connor) because he was such a professional but I know Mikey and he will slip straight in there and get on with everyone. There is no questioning his quality and what he will bring to the table,” outlined Hayes.

This Friday night, Hayes will be among the 24 contestants taking part in the Limerick GAA fundraiser I’m A Celeb Get Me Out Of Here in the South Court Hotel.

Tickets for the event, a fundraiser for the varying inter-county teams, modelled on the reality TV programme, are available from all Limerick GAA clubs.

On Tuesday UL Business Studies student Hayes was among those in attendance at the official opening of the new €7m Maguire’s Field project at the University of Limerick.

The project was officially launched by UL Deputy President Gerry O’Brien and UL Sport Director Dave Mahedy, who retires in the coming week.