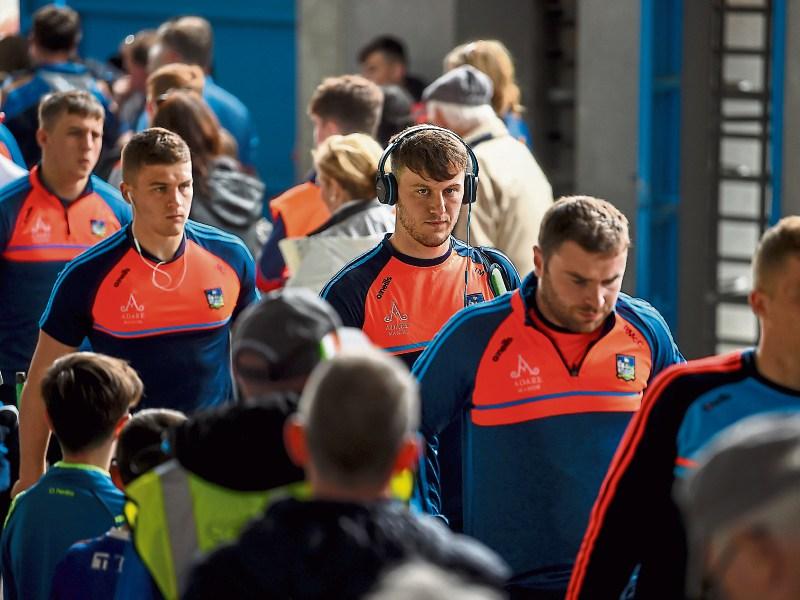 So, without the flame burning as bright as Limerick supporters would have wanted, they will still be happy that John Kiely’s men have secured a place in the Munster final. It’s the only trophy that this group have failed to win and I think they will put that right when they meet Tipperary again on June 30.

Limerick did enough prior to starting this game and in many respects that took a fair bit of punch from the game. It was interesting that John Kiely and his management team made four changes and that gave us an early indication that the foot was a little off the pedal.

Now, the management might say otherwise but Limerick didn’t put their bodies on the line as we know they can, their first touch was off by some margin and they lost a lot of possession. They were ponderous and lacked the edge of recent games. On a number of occasions a lot of ball went astray and Tipperary took full advantage.

Despite playing poorly it’s worth noting that there was still only four points between the teams at the end. This game will have no impact on the outcome of the Munster final. Limerick will have that game at home and it will be played with far greater intensity than what was witnessed last Sunday.

Limerick have a great capacity to improve for the final and I am confident that they will. That game in Thurles was a lame enough affair and from a Limerick point of view they did enough and without much fuss they have booked their place in the Munster final.

There was a lot of space afforded to lads in Thurles and be assured that will not happen in the Gaelic Grounds on June 30.

Of the two mangers I think John Kiely will have learned a lot from last Sunday's game. He will have learned more about his bench and the recent rotations will also have provided further education. The hurling year changed last weekend and already Waterford, Clare and Galway are gone.

The best of the hurling is yet to come and Limerick are now just three games away from winning back to back All-Ireland titles if they win the Munster final.

Of course, there is a lot of hurling still to be played and who knows what surprises are in store but Limerick to me are the best team left in the championship right now.

It was the view of a lot of hurling people that Limerick were shadow boxing. The former Clare manger Ger Loughnane had much to say about it last Monday when he wrote,

“Limerick took it to a new level with their approach on and off the field with their game against Tipperary. I have great respect for John Kiely and all involved with Limerick hurling, but I was glad that such a mercenary approach backfired on them. Clare beat Cork, ensuring that Limerick will still have to play Tipperary in the Munster final. In addition they would have avoided the four week gap of inactivity between a Munster final win and the All-Ireland semi final that caught out Cork last year.”

The former Clare manager didn’t mince his words and went on to say,

“The integrity of the competition my arse. They treated this as just a challenge match under the guise of the Munster championship. The most obvious example of this was their selection. There are some players on every team, no matter what the team, that are indispensable. They will pass it off as playing three games in a row but if they needed to win they would have played their best players.”

Ger Loughnane has never been afraid to air his views and he certainly let fly in Limerick's direction because if they had won Clare would be still in the championship and Cork would have been the team to lose out.

Did the Limerick management miscalculate and expect Cork to beat Clare or were they happy to have something to drive the team when they face Tipperary in the Munster final?

We may never find the answers to those questions but I don’t think John Kiely will dwell on them too much. All of his focus now will be on the Munster final and that will see a sell out game at the Gaelic Grounds.

Teams that have won the Munster title have failed badly in recent years as the four week break takes its toll. Trying to keep a team fresh and sharp during this time is really difficult.

Personally, if Limerick were to win the title then I think it would suit them. The break would do them good because they really have not stopped since last years run of success in the championship and the league earlier this year.

The rivalry between Limerick and Tipperary is quite unique and from my earliest years I have stories of games and battles of the past.

There will be a bite to the Munster final for sure and now that Limerick are in it they will want to especially win it on home soil.

This is a massive game. A game that will require a huge effort as Tipperary are in the final having lost no games. That is very impressive and it shows the impact Liam Sheedy has had in such a short space of time.

Sheedy is a winner and he would like nothing better than to beat Limerick at home. Limerick might well have given game time over the past weeks to players on the bench but in the final it will be the best players starting.

Last Sunday there was change from the half backline to the forwards, the balance was not as we know it but that will be put right for the final. If Limerick go on to win the final John Kiely will have guided his charges to All-Ireland, league and Munster success in eighteen months.

By any standards that would be a remarkable achievement.

The ongoing development at the Limerick underage academy continues to bring players forward and it’s great to see Limerick back in yet again another Munster minor final.

The value of playing in finals like this for young players and the added value of further games in the championship is hugely important for the development of these players.

We saw the benefits it had for many of the current players John Kiely has, as many of them played in Croke Park three times before last years senior games.

Winning titles at underage is great but the education and experience it provides win or lose will serve Limerick in the future.

Cork were the team that most people expected to claim honours this year as they had dominated every competition at underage level in Munster. They came up short against a very brave and hard working Clare team last Sunday.

I would suggest that the final will be very close and little will separate the teams. Clare will have taken great heart from their performance against Cork and Limerick will know what lies in store for them.

Having both teams in the Munster finals is very special for Limerick and the fact that the games are in Limerick has the makings of a great occasion.

This years championship might not have the quality of last year but the crowds attending are up on last year and the LIT Gaelic Grounds will be packed in two weeks time.