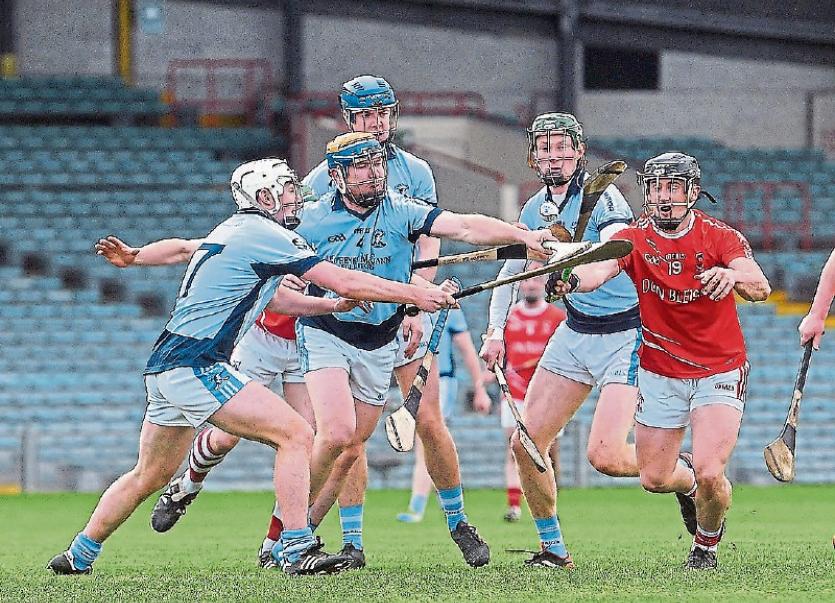 Action from when the sides met in round one

The showpiece final will bring the curtain down on an entertaining county championship. The profile of the competition received has been boosted by Limerick’s Liam MacCarthy Cup success.

Na Piarsaigh start Saturday’s decider as long odds-on favourites to prevail. The layers have installed the Caherdavin side at odds of 3/10 to retain the title, while Doon are priced up at 3/1 to win a first ever county senior title.

The East Limerick side will be making their third ever county senior final appearance after defeats in 1989 and 2000.

Na Piarsaigh are seeking their fifth county senior title since 2011.

Na Piarsaigh deserve the tag of favourites given the overall strength of their squad, but Doon have proved highly competitive in their recent championship meetings.

Doon are available at 7/1 to win the Munster title. The Limerick champions have a bye into the semi-finals of the competition where they will face the new Tipp champions Clonoulty-Rossmore on November 4.

Should Na Piarsaigh overcome Doon on Saturday, they look a solid bet to win the Munster club title. Indeed, the Caherdavin side are as short as 9/4 to win the All-Ireland club title on St Patrick’s Day 2019.