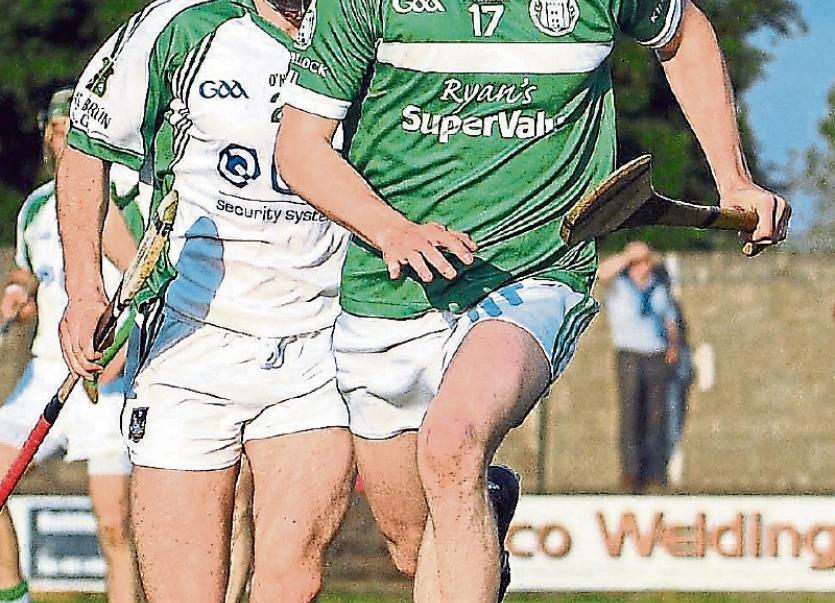 A 13 point round one Limerick SHC win for Kilmallock

KILMALLOCK were impressive 1-24 to 0-14 winners over Ballybrown in round one of the Credit Union Limerick SHC this Saturday afternoon.

The 2015 All Ireland club SHC finalists in Croke Park had 13 points to spare in the Gaelic Grounds.

Kilmallock had 10 different scorers from play, while Ballybrown had just two scores from play in total and they came 56-minutes apart. Alan O’Connor hit 12 points from placed balls for Ballybrown.

Kilmallock were 0-13 to 0-8 ahead at half time after a half in which the sides evenly shared eight wides in the splendid sunshine of the Ennis Road venue.

Kilmallock had two points each from midfielders Paddy O’Loughlin and Jake Mulcahy in the first half.

In the second half, all forwards Graeme Mulcahy had four points from play to ensure the round one win.

Elsehwere, the chamionship had one game on Friday – Monaleen were 0-20 to 0-16 winners over Knockainey in Caherconlish.

The city side hit five of the last six scores to ensure the win for a side managed by former Limerick senior hurler Damien Reale.

Knockainey were 0-11 to 0-8 up at half time with Kieran Cleary frees and Dermot Walsh from play putting them ahead.

Monaleen finshed on top with frees from Mark O’Dwyer and Andrew La Touche Cosgrave to get the win.