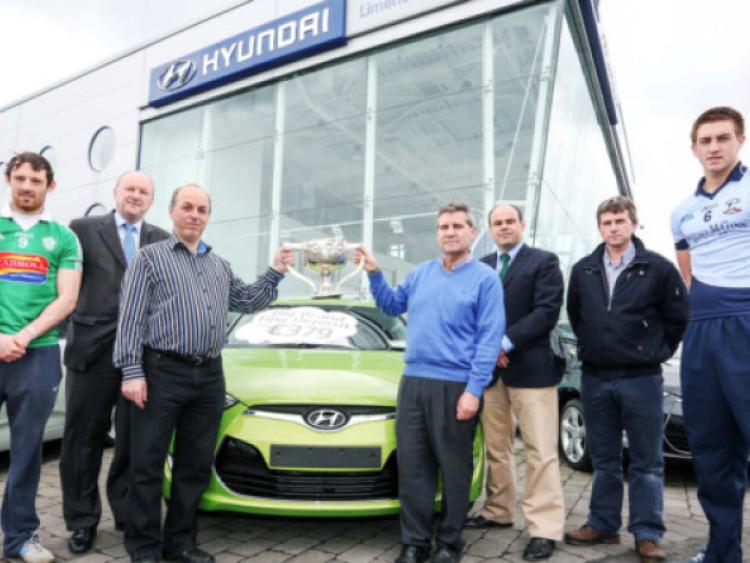 THE Limerick senior hurling championship swings into action this weekend with 16 clubs battling to lift the Daly Cup.

THE Limerick senior hurling championship swings into action this weekend with 16 clubs battling to lift the Daly Cup.

Champions Kilmallock and previous champions Na Piarsaigh will be the names on many short-lists but there is a freshness about the 2013 championship that is welcome.

There is not doubting that anyone aspiring to lift the Daly Cup next October will have to beat one of if not both of the leading teams in knockout hurling.

Although both have tasted recent success there is a feeling in both camps that there is still plenty to prove.

In this regard its noteworthy that both Tony Considine and Sean Stack remain in the key management roles - Considine for a fourth year and Stack leading the Caherdavin men into a fifth season.

It’s a long season and Kilmallock and Na Piarsaigh will look to meander through the group stages and then come to life in the quarter-finals and beyond. Both have issues to solve.

Kilmallock have lost Paudie O’Dwyer, Shane O’Donnell and John Kelly to emigration. All three were physical options in attack and moulding a new look attack will be key for The Balbec.

In Na Piarsaigh, the former of inter-county men David and Adrian Breen, Shane Dowling, Cathal King, Alan Dempsey and Kevin Downes will be central to their plans.

All six on top of their game make The Light Blues a serious outfit and it will be interesting to see where all are postioned. Aside from the big two, there is a queue forming of contenders.

Ger O’Loughlin returned in 2012 to steady their ship and has now passed the manager’s bib to Dave Keane.

In Declan Hannon and Wayne McNamara they have game-changers and this is key to any team.

Throw in the likes of Willie Griffin, Ross Kennedy and John Fitzgibbon and the strength of their side is evident, albeit they will largely be a young outfit mixed with the surviving members of Keane’s last title success with Adare. Garryspillane were the fourth semi-finalist in 2012 and reproducing that form will be a huge task.

Now under new management of former Tipperary sub-goalkeeper Kevin O’Sullivan, The Bouncers open their campaign against Croom in a vital tie that should set the tone for both for the campaign.

Croom has confirmed former Cork hurler Pat Buckley as their manager and with Ahane and South Liberties in the group all is to play for.

Ahane are boosted by the form of their U-21 team that almost toppled Na Piarsaigh in the county final.

They will be young but a win in round one would help build momentum.

Victory in the opening game will be key in terms of confidence with a fear that teams could very early begin to look over their shoulders in terms of relegation.

Another two clubs that have moulded new outfits in new seasons are Patrickswell and Doon. They meet in what should be an opening round cracker. They already produced a fierce battle at U-21 level this season and had nothing to separate them last year.

With Na Piarsaigh and Granagh-Ballingarry in the group, nothing but a win will be accepted in this one.

It was a defeat to Bruree that sent Granagh-Ballingarry spiralling last season. Bruree have remained with Waterford’s Pat Bennett at the helm.

The clash of Bruree and Knockainey will place the losing side under severe pressure.

Both Murroe-Boher (Ger Hegarty) and Bruree (Pat Bennett) are two of the clubs that didn’t change management for 2013. Bruree and Murroe-Boher met in the 2012 County Cup final with Murroe-Boher crowned champions.

Joining the champions in Group Four are champions Kilmallock and the intermediate champions of the last three years. The clash of Effin and Ballybrown will be eagerly awaited this Sunday as the Clarina men return to the top flight. Also on Sunday Hospital-Herbertstown will have to be at their very best to produce what would be the shock the championship. But it is a local derby so anything is possible, just like the championship as a whole.