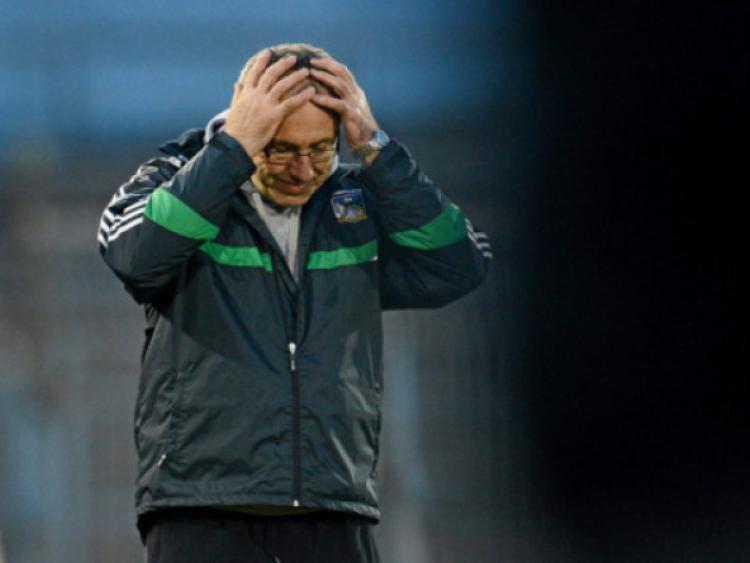 LIMERICK are confined to a fourth successive season outside of the top flight of league hurling after a disappointing 1-16 to 1-15 loss to Dublin in the Division 1B final in Thurles on Saturday night.

LIMERICK are confined to a fourth successive season outside of the top flight of league hurling after a disappointing 1-16 to 1-15 loss to Dublin in the Division 1B final in Thurles on Saturday night.

This was a game that could have and should have been won but when it came to the crunch Limerick couldn’t find the necessary scores to overcome Anthony Daly’s Dublin.

There were many parallels to the side’s clash in the group stages back in mid-March. But on that occasion it was Limerick that came strong in the second half to win after Dublin dominated the opening exchanges.

On this occasion, Limerick were on top for long periods of the opening half but failed to make best uses of their possession and by half time Lmerick had hit eight wides, while Dublin had 100% accuracy.

On the change of ends, Limerick never dominated and became increasingly reliant on the frees of Declan Hannon. Yet there was only a point in the game at the final whistle, but all would agree that Limerick didn’t do enough to win the game.

In front of a very small crowd of 3,121 it was Limerick that started well. They were 0-3 to no score ahead after seven minutes.

But it could have been more but for the brilliance of Alan Nolan in the Dublin goals.

He diverted a great Graeme Mulcahy shot over the bar inside 90 seconds and then saved when Conor Allis fired into his midrift five minutes later.

It was eight minutes before Dublin scored but then they hit five successive scores to lead 1-4 to 0-3 with 22 minutes played.

The goal was the final score of their run and could very easily have been avoided. The referee was right to call the foul but then there were some verbals from Limerick and he moved the free closer. Paul Ryan availed of the opportunity to go for goal and blasted high to the net.

In fairness Limerick responded impressively. It was captain for the day Paudie O’Brien that pointed from distance almost instantly. That was the first Limerick score in 16 minutes.

It did spark another spree of scores though. And, again there could have been more. Kevin Downes had a goalbound shot diverted for a ‘65 and Hannon saw a shot come off the body of Paul Schutte.

Finally at the fifth attempt Limerick found a goal. Like Dublin, it came from a ‘20-metre free. Hannon blasting to the net to level the game with 31 minutes played.

Hannon (free) and Conor Allis had Limerick 1-7 to 1-5 clear until Dublin reduced it to a single point at the break.

Dublin signalled their intention early in the second half to run into a 1-9 to 1-7 lead within five minutes.

But again Limerick steadied. They hit six points to get into a solid position - 1-13 to 1-10 clear with just under 20 minutes to play.

But Limerick would hit just two points in the final 20 minutes, compared to seven for the winners.