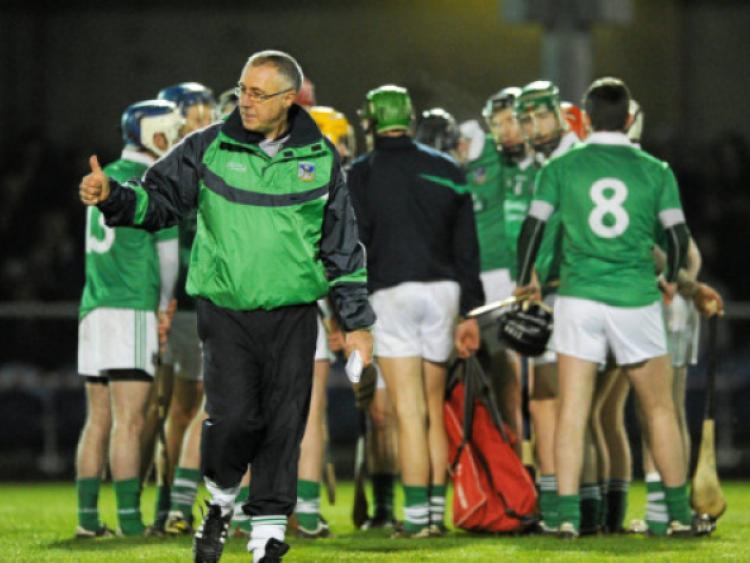 LIMERICK hurling manager John Allen is facing into an anxious 24-hour wait ahead of selecting his team for Sunday’s Allianz League opener against Antrim.

LIMERICK hurling manager John Allen is facing into an anxious 24-hour wait ahead of selecting his team for Sunday’s Allianz League opener against Antrim.

Limerick could very well be selecting from a full squad for Sunday’s game against Antrim in the Gaelic Grounds.

That’s if nine key players arrive into training on Thursday evening without any fresh injuries from their Fitzgibbon Cup exploits.

On Wednesday, UL travel to Dublin to play UCD, while LIT play WIT in Waterford and Declan Hannon was a star man for Mary I in their quarter-final win over DIT on Tuesday.

With a full squad to select from, the biggest concern for Limerick is to ensure that all players are in the correct frame of mind.

And, Antrim will arrive in Limerick most likely without players from the Loughgiel club after they were beaten last Saturday in their All-Ireland club semi-final replay with St Thomas’.

“Sunday is Day One,” stressed Allen ahead of Sunday, when his side are the 1/25 hottest of favourites.

“Every game has to be won and we can’t ascertain what will happen on Sunday.”

He continued: “Antrim might not be in a great position. They probably won’t have the Loughgiel players and might be a little apprehensive but we won’t worry about them”.

Last year Limerick opened their league with a defeat to Clare.

“Sunday is probably better than last year when we had the best team in the first game. But we will be treating every game with the same importance,” stressed the Limerick manager.

“There are places to be won in the championship team and there is a league to be won. Fellas know that they have to show us that they are good enough to earn a place on the first 15,” said Allen.

“The period from December to now can be tough going for players and we had a lot playing Fitzgibbon and trying to please two masters but we are happy with our preparations and its good to be starting back in the matches,” said Allen of the start of the Division 1B campaign.

And, Limerick manager John Allen has warned that there could be a few surprises in the team selected by himself and selectors; John Kiely and Eamonn Meskell.

“For Sunday we will be picking our team with the best in-form 15 players and that might lead to a surprise of two,” said Allen.

“That is what we are going to do from game to game - we will pick the form players and therefore our teams might vary a bit,” said Allen.