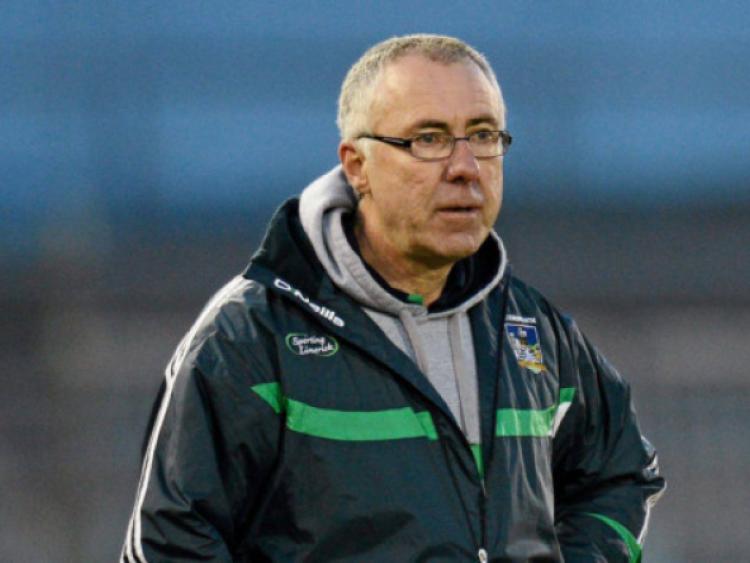 Manager John Allen has named 12 of the team that faced Tipperary in last year’s championship.

The team shows just two changes from the side that lost April’s Division 1B league final to Dublin with returning captain Donal O’Grady and corner forward Seanie Tobin back in favour.

The selection means that there are no starting places for Shane Dowling, Kevin Downes, Conor Allis and Niall Moran, among others.

The Limerick defence is along expected lines with Wayne McNamara named at centre back and captain Donal O’Grady at midfield.

In attack Declan Hannon is the only U-21 player selected and is named at full forward.

The half forward lines is made up of David Breen, James Ryan and Seamus Hickey.

Manager John Allen is confident that his side are equipped to go one better than last season when they faded to a Tipperary onslaught in the second half.

“That is an issue that we didn’t close out a number of games last year that we should have closed out but I think personnel wise we are in a stronger position this year because we certainly have a number of players that will be disappointed they are not starting against Tipperary,” said Allen.

“That Tipp game last year was very much a case in point because they had a stronger bench than we had and when they brought in guys they had made significant difference and maybe it was a lack of experience from some of our players. I would hope that won’t be an issue this year because we more or less have a clean bill of health and we are a year further down the line and we will have 15 experienced players on the field at the end of the game,” explained the Limerick manager.

With no Munster SHC win in the last five seasons, Allen accepts that confidence is vital.

“As manager you are trying to keep confident and keep positivity in camp - you are telling them how good they are but unless the performance reflects that then maybe you are lacking some ingredient that proves it. When you look down through the years and see why did teams make a break through, why did Clare make the break through, why did Wexford win an All-Ireland, where did Offaly come from, where did Galway come from - one victory started all that and the ball rolling. Getting one victory and against someone like Tipperary could start the ball rolling,” he outlined.

Tipperary manager Eamonn O’Shea will announce his team after training on Thursday evening.

The big decision for Tipp is the fitness of Lar Corbett.

The former Hurler of the Year sustained broken ribs in the National hurling league final against Kilkenny and hasn’t been involved in any challenge games in recent weeks.

He has returned to training but only time will tell if he is fit enough to start in the Gaelic Grounds.