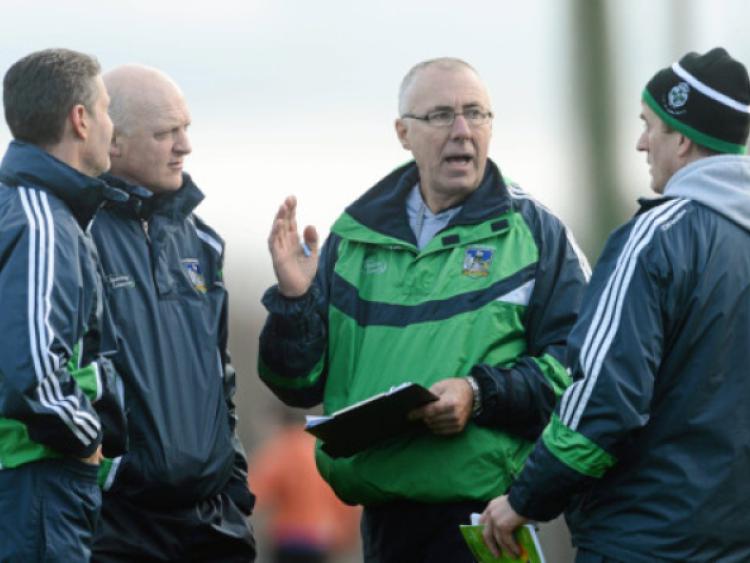 What Limerick need to do to shock Tipperary in the Gaelic Grounds on Sunday.

What Limerick need to do to shock Tipperary in the Gaelic Grounds on Sunday.

IT’S appears very simplistic to say that Limerick need to get a good start.

Surely it’s the primary objective of all teams in all sports.

But as 7/2 underdogs and with just one Munster SHC win from the last 17 outings, Limerick need to find their feet as soon as possible.

Tipperary will look to come to town and unsettle the home side and therefore deny Limerick any chance to build momentum or deny the home crowd the opportunity to get behind the men in green.

There is no denying that the Limerick confidence is brittle and while the mood in the camp has been positive, Tipperary will know only too well that there are lingering doubts in the Limerick minds.

John Allen and management had set out a game plan in recent weeks and the last thing Limerick need is for that to fly out the window in the opening quarter.

A couple of early scores will give Limerick the confidence to trust what they have planned on the training field, while at the other end of the field, Tipperary can’t be gifted any easy scores - especially early goals.

Among of the basic requirements needed for any success is a display of great intensity, fuelled by passion and pride.

At the Limerick hurling media event last weekend, John Allen suggested that the ‘team that wants it more will win’.

If only this were the case, surely Limerick would be certainties for victory.

Limerick did appear to go through the motions in the recent league campaign and it’s hardly surprising that some of the opposition didn’t inspire the players.

To be fair, the displays against Tipperary and Kilkenny in the championship last season didn’t lack for intensity and the hope is that Limerick can reproduce that intensity on Sunday.

But one fear is that Limerick may struggle to get up to the championship intensity on the back of training sessions and challenge games.

And, that is Limerick’s inability to get over the winning line. John Allen insists that Limerick previously lacked the experienced ‘impact’ resources to spring off the substitutes bench in the final quarter.

The manager believes that issue is now resolved but only time will tell.

Certainly there were also fitness concerns as Limerick did appear to fade in the closing stages of key games.

Learning to win is the biggest obstacle to any side trying to make a break through and even falling over the winning line would be enough for Limerick to gain the necessary confidence that would see them grasp the opportunity when again presented.

If the substitution and fitness issues are now resolved the final stumbling block is confidence.

All connected with the camp insist that confidence is high but remaining steadfast in your belief in the heat of a championship onslaught is another thing.

Much is made of Limerick’s emerging talent but this is not necessarily a young side.

Just one U-21 player starts on Sunday and there are no championship debuts - all have played in league finals and an All-Ireland quarter-final and it really is time for many to ‘step up to the mantle’, to quote Paudie O’Brien.

Real leaders are needed on Sunday to grab this game by the neck and inspire those around them to new heights.

The Limerick GAA public can play a role.

The sun of the past week has helped to brighten many an outlook, so imagine what a championship run would do to lift some of the economic gloom in the city and county.

There is no denying that money is tight for all at present but Limerick haven’t played Munster championship in the Gaelic Grounds since 2007 so Sunday’s opportunity shouldn’t be dismissed lightly.

It’s understandable that morale among GAA supporters isn’t high but there is no doubting the commitment of this Limerick side in terms of preparations. The game is live on television but if Limerick are to pull off a shock they will need to be roared home. Where possible supporters should do their talking between 4.00 and 5.15 on Sunday and not afterwards.