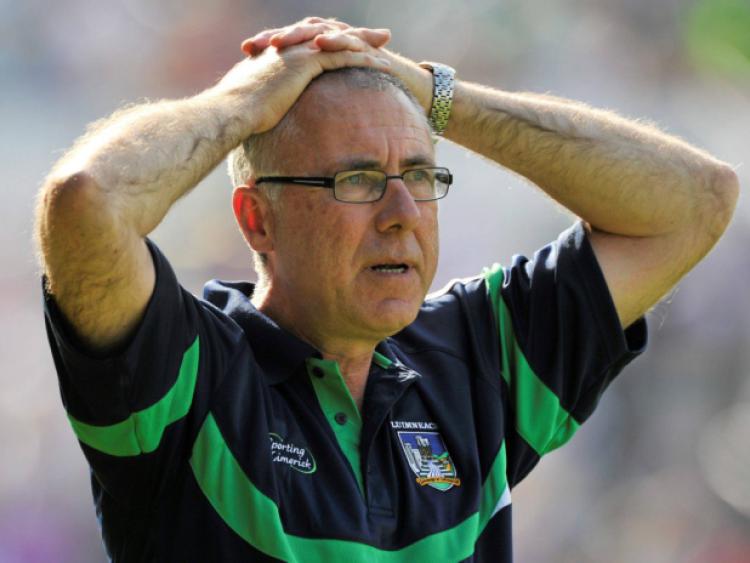 THE Limerick senior hurlers return to training this Thursday night for the first time since their heroic Munster SHC win over Tipperary.

THE Limerick senior hurlers return to training this Thursday night for the first time since their heroic Munster SHC win over Tipperary.

Although some concerns persist over a shoulder injury to sub Adrian Breen, Limerick manager John Allen reports that no major injuries were picked up in club games over the weekend.

This coming weekend just two panel members (James Ryan and Stephen Walsh) will be in SFC action - incidentally in direct opposition to each other.

“I would expect that everyone will return chopping at the bit,” said John Allen.

Expectation will rise among supporters ahead of the July 14 Munster final, but Allen is expecting his players to remain focused.

“Bluffing is not an option for anyone and we are all honest enough with each other to know that at this stage. The players know at this stage that if they don’t tow the line or if they are not on form that they won’t be in the team.”

Allen said that his 29-man panel remain intact. The managers and selectors were present at Limerick club games last weekend but haven’t called up any new players at present. A number of players have been identified and will be called in for training games in the coming weeks where they will have a chance to impress for a permanent call-up.

On Sunday morning the hurlers train again and afterwards Allen travels to the Gaelic Grounds to watch the second Munster SHC semi-final between Clare and his native Cork.

The heart will obviously want his former charges to win but Allen is publicly not shouting for either side.

Of course, victory for Cork will mean that Limerick’s Munster final will take place in the Gaelic Grounds.

If Davy Fitzgerald’s Clare beat The Rebels it will be off to Thurles for the July 14 provincial decider.

The Munster final will have a 4.00 start and will be televised live on RTE television.

Ahead of the hurlers return to training Limerick GAA chairman Oliver Mann has appealed to supporters to not get “carried away”.

“I would encourage all supporters to get behind our team ,” said the chairman.

“Let’s enjoy the build-up to the final and with a bit of luck our minor hurlers will also be there. It is important that we do not as a county get carried away by the occasion, the focus must be maintained, there is a huge prize to be won but I am sure John Allen and his troops will be as single minded on July 14 as they were on July 9.”