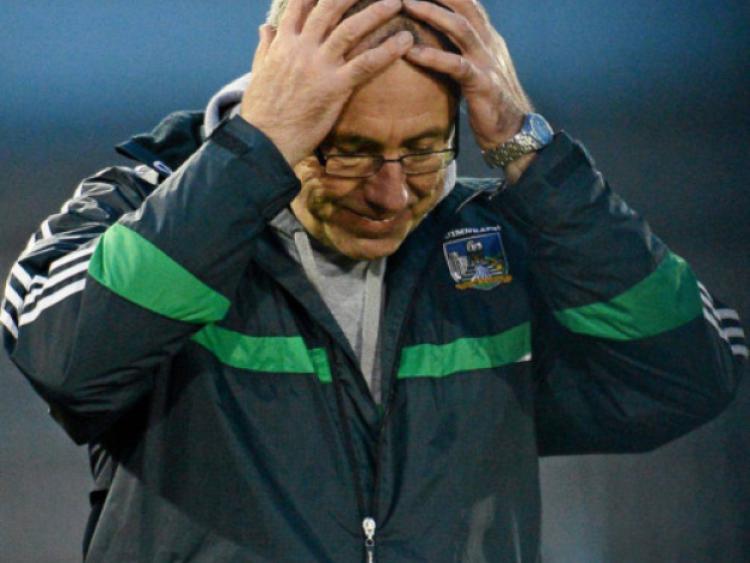 IT really feels like Limerick have missed a great opportunity rejoin the elite of league hurling.

IT really feels like Limerick have missed a great opportunity rejoin the elite of league hurling.

But, alas, itâ€™s back to the second tier for a fourth successive season for 2014.

Indeed the record books have to be traced back to April 4 2009 for Limerickâ€™s last victory in the top flight of the league.

That year ended with the six-goal collapse to Tipperary in the All-Ireland semi-final and as much as we want to forget what happened next, itâ€™s near impossible.

Itâ€™s impossible, because Limerick hurling is yet to recover.

A lack of first choice regulars saw Limerick prop up the Division 1 league table in 2010 and they were relegated.

To be fair, Donal Oâ€™Grady reorganised Limerick for 2011 and did what was necessary to â€˜winâ€™ promotion back to the top division.

But a Croke Park restructure of the league denied promotion and Limerick hurling is still suffering the consequences.

Successive league final defeats have now prevented Limerick from climbing back to the top division, where the county needs to be to ensure the future development of hurling.

Clearly, there are mitigating factors that have Limerick where they are.

But last Saturday evening in Thurles was another golden opportunity to gain promotion and it was within Limerickâ€™s own control.

It was a game that Limerick could have and should have won.

EYEBROWS were raised when Declan Hannon was named at full forward for the league final.

The Adare man has done all his best hurling in the half forward line throughout this league - scoring 1-9 from play.

Indeed John Allen was quoted in LeaderSport last month that â€œOur long-term view is that Declan Hannon will fill one of the wing positions and not full forwardâ€.

Still they returned to Hannon to fill a role at the edge of the square.

While Hannon is one of the top hurlers in the country, he doesnâ€™t look comfortable playing in the inside line of attack.

THE jury is still out on the use of Seamus Hickey at centre forward.

The Murroe-Boher man scored nine points from play during the league and that puts him up there with Mulchay (1-11), Hannon (1-9) and Downes (0-11) as the chief scorers.

However, Hickey has constantly drifted away from the centre back and out towards midfield to pick up possession.

While his soloes at the heart of defences has caused trouble and created openings, the tactic is affording way too much space to opposing centre backs.

Aside from eight wides and some poor decision making the opening half in Thurles last Saturday was encouraging.

The half back line was on top and were attempting to delivery intelligent ball into the attack, where the half forwards were breaking even and the inside trio looking dangerous.

At the other end of the field the hard work of Paul Browne and James Ryan ensured the defence was tight.

But all changed in the second half and it appears strange that the first of only two substitutions didnâ€™t arrive until the 58th minute.

Indeed there was also a lack of positional changes that could have re-engerised the side.

Around midfield, Dublin got on top, while the Limerick half forward line were clearly playing second fiddle to Liam Rushe and his wing backs.

Yet, Limerick opted not to change and Declan Hannon remained in the inside line of attack and finished the game scoreless.

Indeed Kevin Downes played some of the league at wing forward but was taken off rather than given a spell further out the field. Downes, who looks back to his sharp self, scored after 15 seconds but didnâ€™t add to this tally for the remainder of the game.

Given that players like Hannon, Downes, Breen, Hickey and Allis can fill a variety of positions its strange that no definite positional switches were made around midfield and the half forward line.

And, both introduced subs (Dowling and Moran) were sent into the full forward line.

The long and short of it, is that Limerick will need to start all over again next February.

And, the form books suggest that Limerick will be in the final against whoever loses Sundayâ€™s Division 1A relegation final between Clare and Cork. In five years of the second tier, the final pairing has always worked out as predicted.

Division 1B for 2014 will include Limerick, Clare or Cork, Offaly, Wexford, Antrim or Carlow and Laois or Westmeath.

This would mean that Limerick would have to win two games against Antrim, Carlow, Laois or Westmeath to reach the knockout stages of the league proper.

LIMERICK showed last year that they were able to lift their performances to mix-it with the best come championship time.

There is no doubting that this current league structure doesnâ€™t offer ideal challenges to simulate what will happen comes championship time on June 9.

The 2013 displays against Tipperary and Kilkenny are the milestones for Limerick to reach and surpass this Summer. Captain Donal Oâ€™Grady will be back in action and if management are to stick with their trusted formula, Oâ€™Grady will return to No6 alongside, Walsh, McCarthy, Condon, McNamara and Oâ€™Mahony.

Quaid will be in goal sand the rest of the team is open to debate with Hannon, Mulcahy, Downes appearing certainities.

There is a May 19 challenge game against Kilkenny and another two or three will also be planned before the arrival of Tipperary in town.