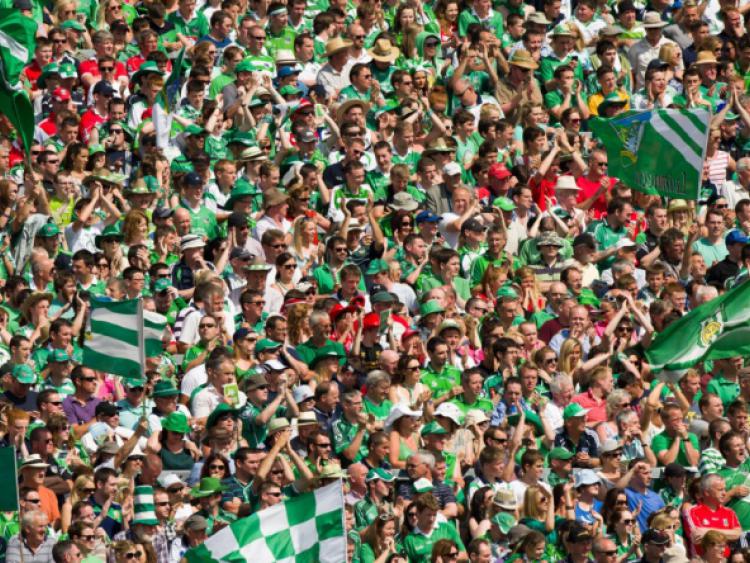 THE sports sections of the daily newspapers celebrated Limerick’s achievement of winning a first Munster senior hurling title in 17 years.

THE sports sections of the daily newspapers celebrated Limerick’s achievement of winning a first Munster senior hurling title in 17 years.

Here are some samples of the coverage of Sunday’s Munster final spectacular at the Gaelic Grounds.

Under the headline ‘Limerick show the right stuff to close 17-year gap’ the newspaper’s match report included the section, “In the end it was straightforward. With a man advantage for the second half, Limerick picked up tempo and as their formidable bench reserve of forwards - between them Shane Dowling, Kevin Downes and Niall Moran scored six points - were rolled out, the match ending ina delirium of green and white and a relentless scoring barrage . . . . .

“But looking at the first half, it’s hard to say that the dismissal (of Patrick Horgan) was a decisive event in influencing the outcome.”

In his Irish Times column, former Tipperary All-Ireland winning player and manager, Nicky English wrote: “Yesterday’s Munster final win by Limerick was fantastic for hurling, for the team, for manager John Allen and especially for their loyal supporters.

“The emotional scenes that greeted the final whistle showed just what it meant to every to every man, woman and child in county Limerick. . . . .

“In my book, it was not a sending off offence. But I also don’t think it was the key factor in the result.”

The Irish Examiner’s match report began: “When Limerick captain Donal O’Grady lifted the Munster SHC Cup at the Gaelic Grounds yesterday, such was the almighty deep-throated roar with which it was greeted that those of us still in the overhead gantry could feel a tremor run through the Mackey Stand.

“A roar of celebration, yes, but also a roar of relief, an end to 17 years of crushing frustration in Munster. Ciarán Carey was the last Limerick captain to lift the same trophy, back in 1996, the year of his famous point against Clare in the semi-final. This one has been a long time coming and despite the fact Cork played the entire second half with just 14 men, boy was it convincing!.”

In a reaction piece headed ‘Impact sub Dowling living the dream’, Limerick substitute Shane Dowling enthused: “For the last couple of nights I’ve thought and seen what happened here today. I live and breathe hurling. Everything I do and everything in my life is involved in hurling. That’s the same for a lot of the lads.

“This is my second year in the team and I’m 20 years of age and I’m after winning a Munster title. You look at Niall Moran and Donal O’Grady who’ve waited so long or even go beyond them to the likes of Ollie Moran and Brian Geary, who just left the panel this year, and you have to feel for them.”

An article headlined, ‘Limerick rise and shine’ began ‘Ending a 40-year wait for the All-Ireland hurling title is the new target for Limerick after their spectacular nine-point victory over Cork in the Munster final.

“It was Limerick’s first Munster title success since 1996 and came after a rampaging final 10 minutes, during which they hit 14-man Cork for seven unanswered points.”

“Their supporters couldn’t contain themselves as the game ticked into stoppage-time, nudging impatiently on to the sideline – and indeed on to the playing area – in preparation for a pitch invasion, the likes of which hasn’t been seen at the Gaelic Grounds for a very long time.”