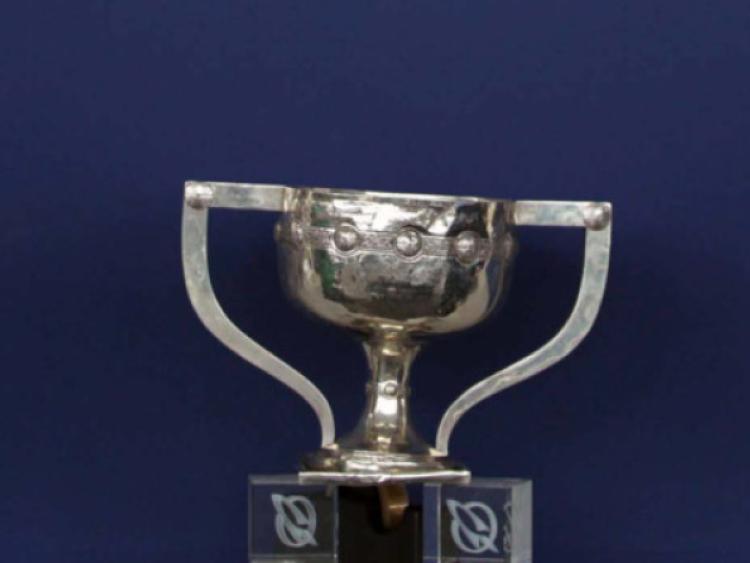 THE Limerick SHC starts this weekend with eight first round games.

THE Limerick SHC starts this weekend with eight first round games.

All eight games are previewed here.

Matching the performance last season is the challenge facing Garryspillane.

Their evergreen quartet of Donie Ryan, Davy Ryan, Micheal O’Donnell and Colm Hickey were influencial forces last season and they need all to again peak. James Ryan, Kieran Hickey, Danny Hayes are also key but a lack of numbers can sometimes prohit their aspirations.

Both sides will know the value of an opening day win to set momemtum in motion.

Croom were so inconsistent last season but if all are injury free it will be a start.

Spehen Lucey, Mark O’Riordan, Conor Allis and Thomas Carmody are central along with some younger stars.

Ahane were surprise county finalists in 2011 but are now giving youth its chance as they mould a new outfit.

Under the senior management their U-21s showed they have the skill to compete and this east derby will be the perfect test of their senior status.

The Morrissesy trio and Richie Ryan are ones to impress but the likes of the Madden’s, John Meskell and of course Niall Moran will be key to lead from the front.

South Liberties have one of the longest serving managers in Sean Hehir.

But they have failed ot make the quarter-finals since their elevation to the senior championship and will know the importance of making that break through this season. They almost caught Na Piarsaigh in round one last year and will look for a repeat performance.

Only time will tell if this is a help of a hindrance but certainly it shows the strength of their line-up and thats not to mention those on U-21 and minor county panels at present.

Getting a settled starting 15 will be intruiging for Sean Stack.

They lost the city final to Ballybrown 10-days ago but didn’t have a full hand on that occasion.

After getting their reprive, Granagh-Ballingarry may have wished for an easier group.

But remember that beat Adare in round one last season and then failed to build on that. Any appearance of Donal O’Grady would be a big help.

There was nothing to divide these teams last season and all would suggest likewise this time round in what is a huge game for both clubs, albeit so early in the season.

Patrickswell showed good form at U-21 level, like Doon last season - beaten in the final by Na Piarsaigh.

It’s somewhat of a famine out The Well direction with their last county in 2003 and they have turned to Natal O’Grady to guide them this season.

Doon have included Dinny Ryan in their management and will have quiet a few of their panel on Leaving Certificate duty and only time will tell if they line-out alongside mainstays Denis Moloney, Cathal McNamara, Micheal Ryan.

Dave Keane is the only new manager in this group and carries much expectation after Adare’s county final appearance last season.

They surprised many last season but the experience gained such stand them in good stead in the months ago.

Keane built a winning team a decade ago and victory here would be a big tonic, given that they were very slow starters last season.

Murroe-Boher don’t appear to have much luck in the past two years, despite much promise.

After missing out on the quarter-finals last year they went on to win the County Cup.

They have attacking talent but opening the supplylines and plugging the gaps at the back are key.

Bruree felt agrieved last season when they didn’t make the quarter-finals after beating Granagh-Ballingarry and drawing with Adare.

It was a vote of confidence to remain with the management.

Gettingsufficient scores is an annual problem but this should be an ideal game to start the season for Pat Bennett’s side.

Knockainey have been in an ongoing relegation battle, largely limited by a small pool of players.

They do have younger players developing and the task of former Cork camogie and minor hurling selector Joe O’Brien will be to boost confidence of a side needing a group win to dispel doubts.

Bruree appear the better equipped to get off to a win.

This is a south Limerick derby that will surely see Hospital-Herbertstown up their performance.

But they will need to find something special to beat the champions and don’t appear to have the firepower to get past an experienced defence with Gavin O’Mahony, the O’Loughlin’s, Liam Hurley, Liam Walsh and John Meade all options.

They will need a great start but its hard to see past an opening round win for the champions.

What a prospect this game is, in a repeat of the 2011 county intermediate final.

Effin won on that day and Ballybrown won’t want for motivation on their return to the senior ranks.

In terms of the season and the restructuring for 2014, a winning start is key for both these sides.

Ballybrown have been flying with the city senior and intermediate titles already won with separate teams.

But they will be aware that Ballysteen won the west senior title before failing to spark in last weekend’s first round of the Limerick SHC.

Effin have the expereiece of last season to fall back on but Ballybrown have played senior league for a number of years. Breaking down the Nickie Quaid-Damien Moloney axis is paramount to overcome Effin.