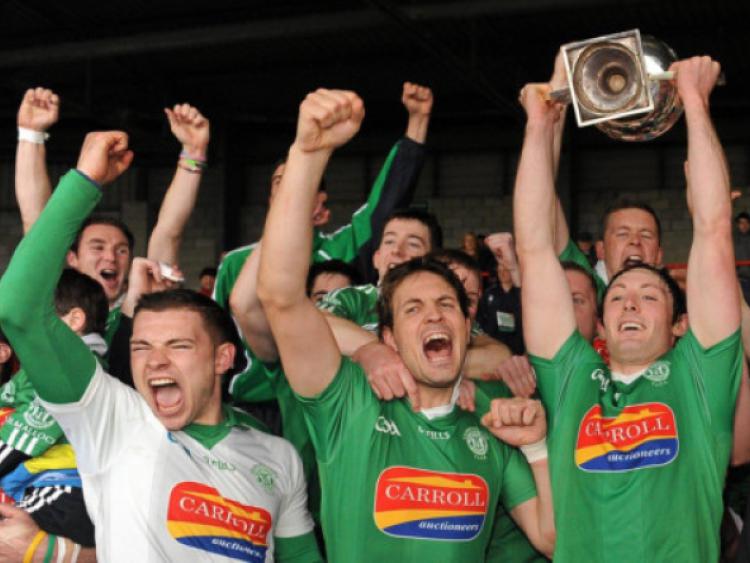 Kilmallock start out on the defence of their Limerick SHC this Sunday.

Kilmallock start out on the defence of their Limerick SHC this Sunday.

They play Hospital-Herbertstown in Bruff at 5.30 Tony Considine returns as manager and Paudie O’Brien returns as captain.

And, Kilmallock are all set to defend their Limerick SHC title.

Now they are setting out on the trail of back-to-back titles - something they last did in 1973-75.

And, victory this season will also move Kilmallock onto 11 titles in the roll of honour - jumping above Claughaun and another step closer to Patrickswell and Ahane.

Of course, Kilmallock aren’t going to admit publicly about talk of back-to-back titles.

“We haven’t spoke about it at all,” insisted captain O’Brien.

“All we have spoken about is Hospital-Herbertstown and trying to get over them,” explained O’Brien.

“It is every teams ambition to win the county at least it always is with Kilmallock and all the other top teams,” outlined the midfielder.

“It’s is just important that we get back to square one on Sunday,”

He explained: “We realise we have a match on Sunday and I think Hospital pushed Na Piarsaigh last year and could have beat team and will be very well drilled and well coached and we will have to be at our best to beat them.”.

O’Brien didn’t hide their desire to right the wrongs of 2011, when the defence of their title didn’t to according to plan.

“We don’t want to look ahead of ourselves - in 2011 we kind-of did and look too far ahead and took things for granted - that’s not going to happen this year,” vowed O’Brien.

“We were just going through the motions to get over games and this time we are just going to go out and hurl every ball and try and be as good as we can be and if its to be it will be.”

He added: “You always have to raise your standards every year - no matter if you are winning or losing. You have to be better than you were and we would be hopeful that we can come back better this year and thats the objective to always get better”.

“It comes around quickly but we have a lot of good quality training done and we were lucky that Tony Considine was back on board with all the same management. Of course the players with the county teams mightened be there but the lads are going well and we have a few young lads coming on because we have the three lads gone away.”

Now a Limerick regular O’Brien admits to some difficulties finding time for the club.

“It’s hard at times because you want to be with the club as much as you can but Tony is excellent - he has been manager of Clare himself and he knows what the county players need and he is very reasonable about training. It’s great to get this week off from the county and go back to the club and hurl with your friends. The lads are fairly professional at home - they are extremely fit and are very professional about their approach so its not different at all - it’s just great to get back up to the home pitch to hurl with your friends.”

The continuity of Tony Considine is also important.

“He has been unbelievable for us - winning two county’s in three years. His enthusiasm is unreal and rain or shine he will be there and always the same and it makes you enjoy hurling and enjoy going to the field and its always hitting balls,” said O’Brien.