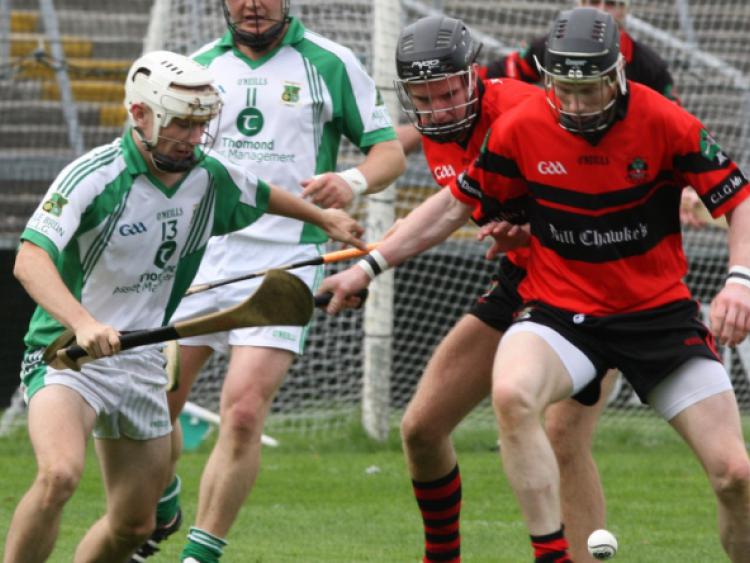 ADARE are on course to return to the Limerick SHC final following their 2-24 to 1-13 quarter-final win over Ballybrown.

ADARE are on course to return to the Limerick SHC final following their 2-24 to 1-13 quarter-final win over Ballybrown.

Beaten in the final last season by Kilmallock, Adare will now play Doon in the semi-final.

They produced a stunning second half display to see off a determined Ballybrown outfit in the Gaelic Grounds on Sunday.

The sides were level at half time 0-11 to 1-8 with Shane Kenny getting the Ballybrown goal.

But Ballybrown were to score just five points in the second half while Adare found 2-13 in a superb performance with Declan Hannon and Willie Griffin getting the goals.

They were led brilliantly from midfield by John Fitzgibbon, who finished with seven points from play.

See the weekend print edition of the Limerick Leader for full report and pictures.