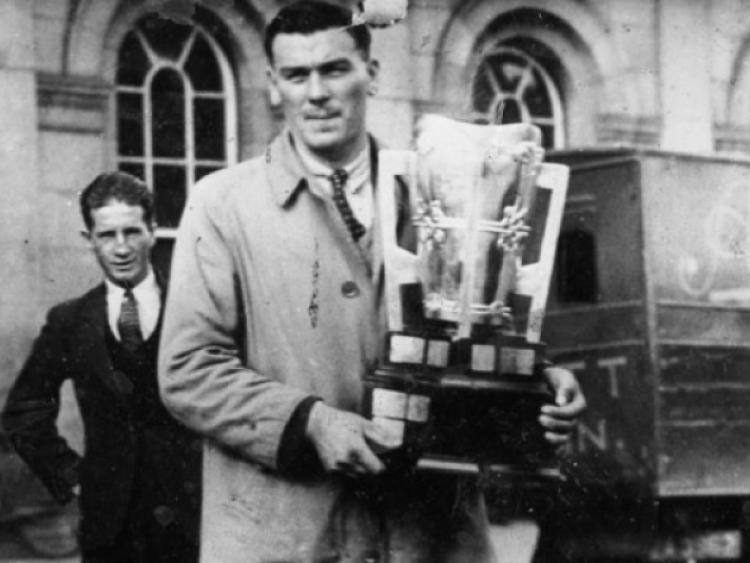 AHANE will honour its most famous son this Sunday, but the Munster GAA Council have voted against another honour for Limerick hurling legend Mick Mackey.

AHANE will honour its most famous son this Sunday, but the Munster GAA Council have voted against another honour for Limerick hurling legend Mick Mackey.

This Sunday at 12.30, Ahane GAA club will unveil a commemorative statue of Mackey in his home village of Castleconnell.

The unveiling will be performed by GAA President Liam O’Neill.

However, in the past week the Munster Council have voted against naming the Munster SHC trophy after Mackey.

At last December’s Limerick GAA Annual Convention it was decided to ask the Munster Council to name the provincial cup in honour of Mackey.

However, the May meeting of the Munster Council voted down the proposal by seven votes to six. As a result the cup, like its football counterpart will remain nameless.

He added: “but we have to accept democracy in all situations”.

The Munster Council did give a donation of €4,000 towards the new statute of Mackey.

It is understood that the executive officers of the Munster Council voted against the proposal.

Two of the six votes in favour of the move were from the Limerick delegates.

It is also understood that Kilmallock’s Mike Fitzgerald (Munster Council treasurer) broke ranks to vote in favour of honouring Mackey.