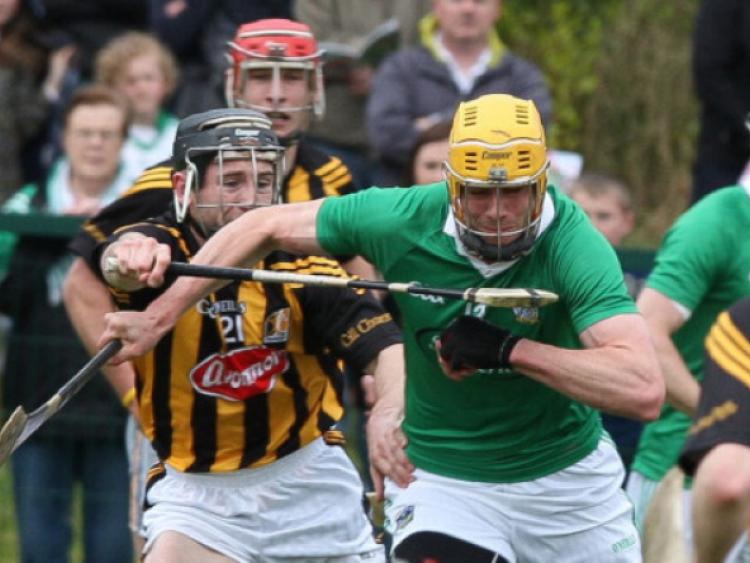 The Limerick hurlers got a nice pre-championship boost when they got the better of Kilkenny on a scoreline of 1-25 to 1-20 in Staker Wallace GAA grounds on Sunday night.

The Limerick hurlers got a nice pre-championship boost when they got the better of Kilkenny on a scoreline of 1-25 to 1-20 in Staker Wallace GAA grounds on Sunday night.

A pre-championship boost for Limerick with victory over the reigning All-Ireland champions this Sunday evening in a challenge game to mark the official opening of the Staker Wallace GAA grounds.

John Allen’s Limerick were good value for their win, in a ground where they have trained in the past.

While Limerick were close to full strength the recently crowned league champions were without some of their stars with JJ Delaney, Paul Murphy, Walter Walsh, Michael Fenneally, Michael Rice, Colin Fennelly and Richie Hogan among those missing for Kilkenny, who once again didn’t have Brian Cody on the sideline.

Limerick had all players available to them, except Tom Condon, who is nursing a leg injury.

While no one will get carried away with a challenge game result, this was the best that Limerick have played in recent times. There appeared to be a new structure to their play and the full forward line was hit with diagonal fast ball from distance.

Limerick have conceded a lot of goals in recent challenge games but held The Cats at bay until the final minutes, in a game played before about 4,000.

Limerick looked the more determined outfit and started on top with a Seamus Hickey goal helping the home side to a 1-13 to 0-10 half time lead.

The goal came in the ninth minute when Hickey finished a fine move to the net from a tight angle.

Graeme Mulcahy and Sean Tobin both hit two points in the opening half, where Eoin Larkin accounted for half the Kilkenny total - most from frees.

The second half was littered with substitutions but once again Limerick held the advantage.

Shane Dowling replaced Declan Hannon and assumed the free-taking duties and caught the eye with two points from play as well as those from placed balls.

Elsewhere the half back line of O’Brien, McNamara and O’Mahony were solid.

In attack, Mulcahy, Hannon, Tobin and Hannon were the pick of those on show for Limerick.

Joe Brennan was the pick of the Kilkenny attack with four points from play in the second half.

Limerick were 1-19 to 0-12 clear entering the final quarter.

The Kilkenny goal came in the 68th minute from Tom Breen.

Late points from subs Niall Moran and Tom Ryan sealed the Limerick win ahead of the Munster Championship outing against Tipperary on June 9.