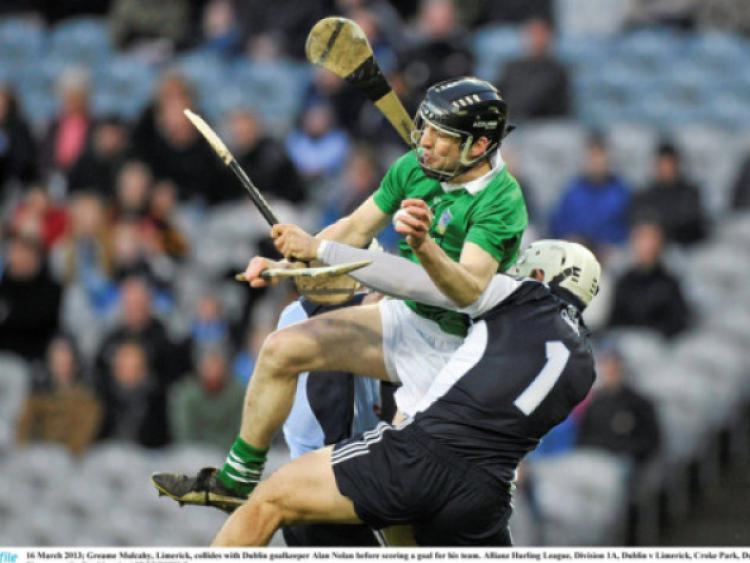 Nine points from man of the match Declan Hannon helped Limerick to a 1-21 to 1-16 win over Dublin in the Allianz Hurling League Division 1B game in Croke Park on Saturday night.

Nine points from man of the match Declan Hannon helped Limerick to a 1-21 to 1-16 win over Dublin in the Allianz Hurling League Division 1B game in Croke Park on Saturday night.

Limerick had been poor in the opening games against Carlow and Antrim but they came to life in the second half in this game to give their promotion hopes a much-needed boost.

It had looked bad for Limerick in the first half as a dominant Dublin side opened up a 0-8 to 0-2 lead. And it could have been even greater had the Dubs converted any of the three goal chances that came their way. But Limerick hung in and scored the last five points of the half to leave Dublin ahead by just a point - 0-8 to 0-7 -at the break.

Having been well beaten on their own puckout in the opening half (Dublin won that particular battle 11-4 in the first 35 minutes), Limerick improved greatly in the second half. Early points from the outstanding Hannon and Graeme Mulcahy kept them in touch but they were dealt a blow when Conor McCormack’s goal pushed Dublin into a 1-11 to 0-9 lead.

Yet Limerick responded well again. Four points in six minutes reduced the deficit to one and although David O’Callaghan responded for Dublin, a key moment arrived when Paul Ryan was given a straight red card for an off the ball challenge on Tom Condon.

From there on Limerick were dominant and outscored the home side by 1-8 to 0-3, the goal coming from Mulcahy after a great run from David Breen. Points from Niall Moran, Hannon, Kevin Downes (who finished with four from play), Paul Browne and Mulcahy (who hit 1-3) closed out the game.

The sides could yet meet again in the Division 1B final. Limerick travel to Tullamore to play Offaly next Sunday and finish with a home game against Wexford two weeks later. Dublin play Wexford next weekend and finish against Carlow.