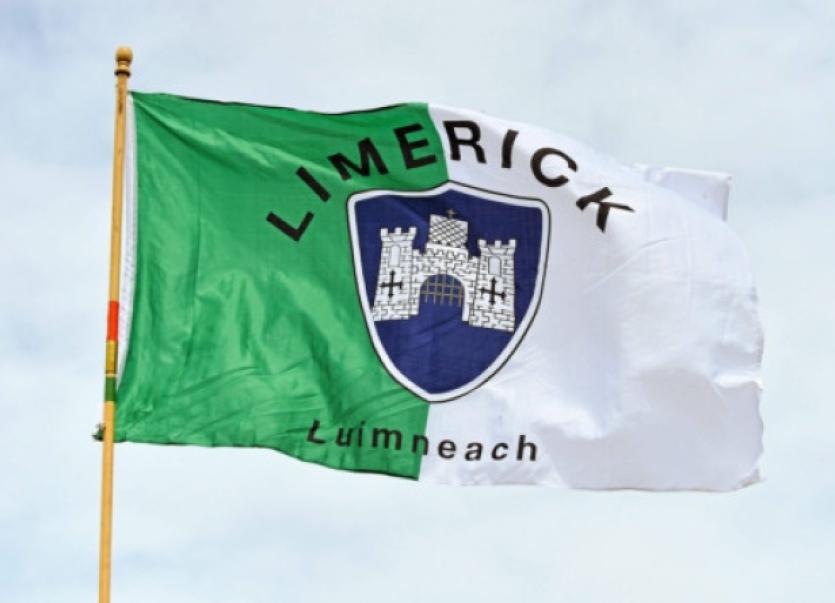 John Galvin made his long-awaited return from injury as the Limerick footballers held on for a 1-9 to 1-8 win over London in Division 4 of the Allianz Football League in Ruislip on Sunday.

John Galvin made his long-awaited return from injury as the Limerick footballers held on for a 1-9 to 1-8 win over London in Division 4 of the Allianz Football League in Ruislip on Sunday.

Limerick’s craving for the tightrope turned a new chapter when they scraped over the line against a London side who all but snatched an improbable victory in the closing ten minutes. This fifth win out of six puts Limerick within touching distance promotion to the National League Division 3 but, if they’re to seal it in their last outing in Clare on Sunday week, they’ll need a more rounded performance than this victory which looked a gimme up to three-quarters mark but which appeared to be doused with luck at the finish.

Once again, the team foundered in attack. Despite owning the ball for long stretches of the game, there was a neurotic reluctance to take a shot, particularly after the break when numerous chances to put the result beyond doubt were wasted on long passages of possession play.

For all their composure on the ball, there were times when they appeared to be devoid of ambition once the posts came into sight.

Admittedly, the conditions didn’t help. Intermittent sleet showers, a biting wind and puddles of water on the soft surface made it difficult to put moves together and a London side showing real team spirit for the first time in years were alive to any opportunity when their opponents slipped up. But that still doesn’t explain the drop in form.

Unlike their earlier victories when the team’s superiority wasn’t fully reflected on the scoreboard, Limerick were fortunate to come out of this clash with their promotion hopes intact.

Maybe the spark will return in an all-or-nothing tie where they don’t have to defend a record. And a few monkeys did fall off the back.

After five goal-less outings, John Riordan finally raised a green flag and, while John Galvin’s appearance for the last four minutes was mostly psychological, his reappearance was a hopeful omen for the summer.

London’s early attacks struggled to range against the wind and Limerick took the lead as Ger Collins and Ian Ryan’s free hit them on the break. And once they broke from their own half, the visitors’ dominance began to tell in the middle as Tom Lee’s fielding and the breaking ball collected by the half-backs gave them a run of possession that yielded points from another Ryan free and Eoghan O’Connor before John Riordan finished a long passing move to chalk up Limerick’s first goal in 363 minutes of football.

The momentum died as the Exiles steadied for Lloyd Colfer’s opening score as, despite Riordan replying with a long range effort, Limerick wasted a near monopoly of possession. They could have paid for failing to get enough targets ahead of the long delivery when Colfer shot inches over off Séamus Hannon’s run up the middle but they recovered for Ryan’s free and Johnny McCarthy to stretch the lead. However, hopes of a decisive halftime lead died when an injury-time attack broke down, a long ball floated into the square and while Donal O’Sullivan made a spectacular block on Colfer, a penalty was called and the London centre-forward made no mistake to bring his side back to 1-7 to 1-2 at the break.

Limerick kept it tight on the restart and, after Eoghan O’Connor replied to Mark Gottsche, smothered the game for seventeen scoreless minutes with long sequences of lateral passes. After escaping on the three-quarter mark when Cathal Magee broke through the full-back line only to see his blockbuster rattle the crossbar, Ryan’s free moved the gap back to six and the visitors looked to have weathered the storm.

But that was when the Exiles lifted a gear. An effort from deep spilled from O’Sullivan’s hands and Eoin O’Neill converted the 13 metre free for the technical foul. When pots from distance by O’Neill and Seán Kelly sailed over and were followed by a huge Gottsche free, Limerick’s composure was rattled to the extent that John Galvin was called for his first action in twelve months. While the Croom legend steadied nerves for a few moments, London kept pressing forward, O’Neill’s free shaved the margin to the minimum and they were still on the offensive when Ray McBrien called time.