Limerick’s Ryan out of championship clash 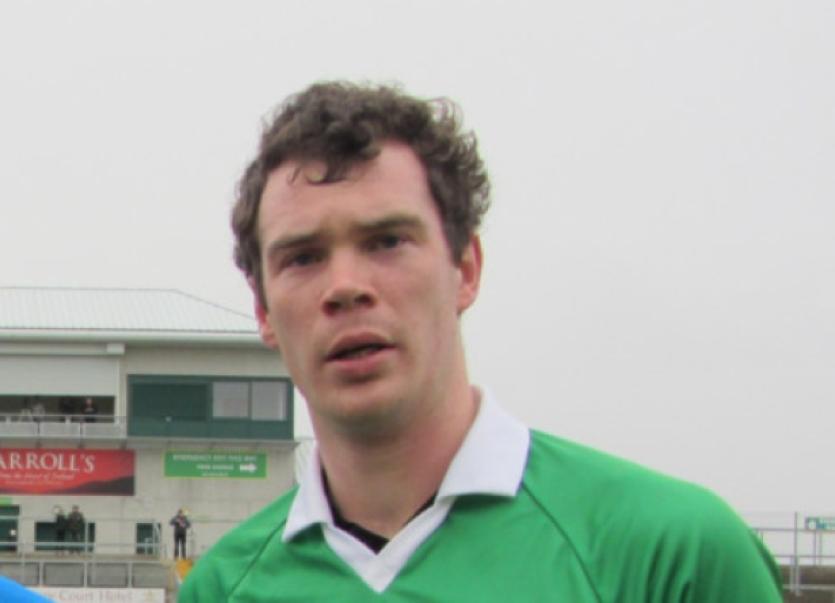 This Tuesday the worst fears of all connected with the Limerick senior footballers was confirmed when Ryan’s league final injury was diagnosed as badly damaged ankle ligaments.

The injury will keep Limerick’s leading forward on the sideline for up to two months.

Ryan will certainly miss the provincial quarter-final clash with The Rebels in the Gaelic Grounds on Saturday evening May 25.

“Ian is out for six to eight weeks. It’s terrible for him to miss such a big game as the Cork match but it is what it is,” confirmed Limerick football manager Maurice Horan.

The St Senan’s man sustained the injury in the closing 10-minutes of Limerick Croke Park league final win over Offaly.

Ryan cut a disconsolate figure as he watched the final minutes of the game outside the playing field in front of Hill 16.

Initially it was hoped that Ryan could be back in two weeks but a scan this Tuesday confirmed the worst possible result.

However, the news on John Galvin is better.

The towering Croom midfielder also limped out of the league final in the closing stages.

He has been confirmed as a grade one hamstring strain and it is hoped that he will be back training in about 10-days time and ready for the Munster SFC against Cork.

Another trio; Johnny McCarthy, Andy Lane and Ger Collins were late withdrawals from the named team in Croke Park.

Those six players should be available for the Cork game, albeit, Kelly and O’Donovan will be very much short of match fitness.

Kelly played a limited role in a challenge game with his club Newcastle West last weekend and could again be included among their subs as they open their Limerick SFC this Saturday.

With Ian Ryan ruled out, the Limerick management will be hoping that all other panel members come through the weekend game unscathed. A number of the panel will also be in club action the following weekend in the Limerick SHC and IHC.