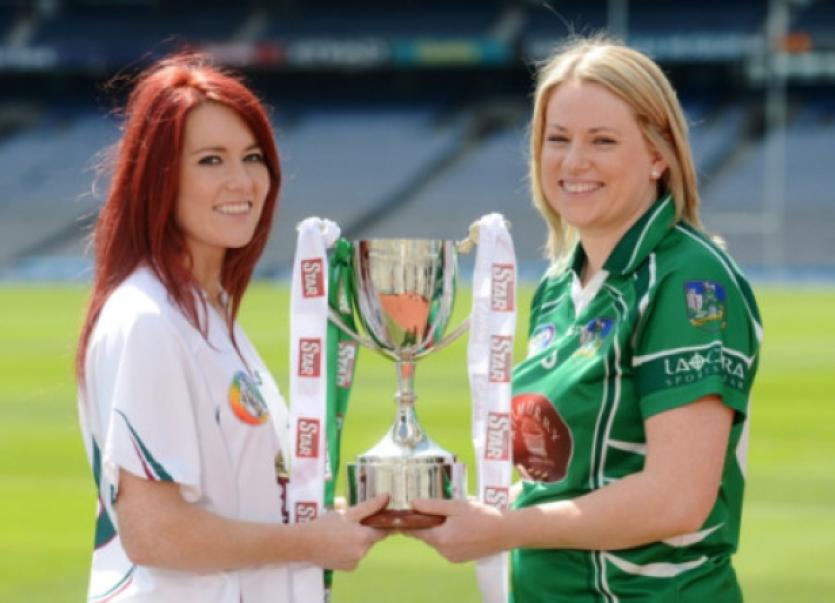 LIMERICK camogie side chase a fifth ever National League title this Sunday afternoon against Kildare.

LIMERICK camogie side chase a fifth ever National League title this Sunday afternoon against Kildare.

Like Sunday, all four previous titles have come at Division Two title.

Limerick’s last title came in 2007 but that win wasn’t built on and the county have been in the doldrums since.

On Sunday in Birr at 3.30 Limerick are captained by Michelle Casey, one of the surviving members of the ‘07 panel.

“Limerick were at the lowest point last year when the Camogie Association had to send down a delegate to get people talking around a table,” explained Casey.

“Since then things have been set on the right track and the work of everyone is starting to come to fruition.”

The appointment of Joe Quaid as intermediate team manager was key, but Casey is quick to point out that structures are now in place at all levels and not just the flagship team.

The thing about our panel now is the depth of talent. We had a panel of 32/33 and then more minors were brought in after their championship ended. The structures are in place now and the underage county teams at U-14, U-16 and minor are all getting training and we are benefitting from that,” outlined Casey.

Many of the panel’s new faces have tasted success at national and provincial level at the minor and U-16 grade in recent seasons.

“There is a huge buzz around the panel at the moment - if you look at it we have girls from every club and of varying experience but we are all treated equal on this panel,” outlined the captain.

Victory on Sunday over Kildare will guarantee promotion to the top flight of the league next season.

“It’s where everyone wants to be - in the top flight. Some of the more experienced players have played senior and we want to see Limerick back in the top grade in the league and hopefully the championship later in the year. There is a bright future and getting to Division One would be great for the progress of Limerick camogie,” explained the team captain.

Sunday will be the first competitive meeting between Limerick and Kildare.

“Kildare beat Waterford and Waterford beat us so we know what to expect,” said manager Joe Quaid, who is joined in the management team by

“We have a nice balance to our team now and if we perform to our best on Sunday I am confident that we will win,” said the former All-Star goalkeeper.