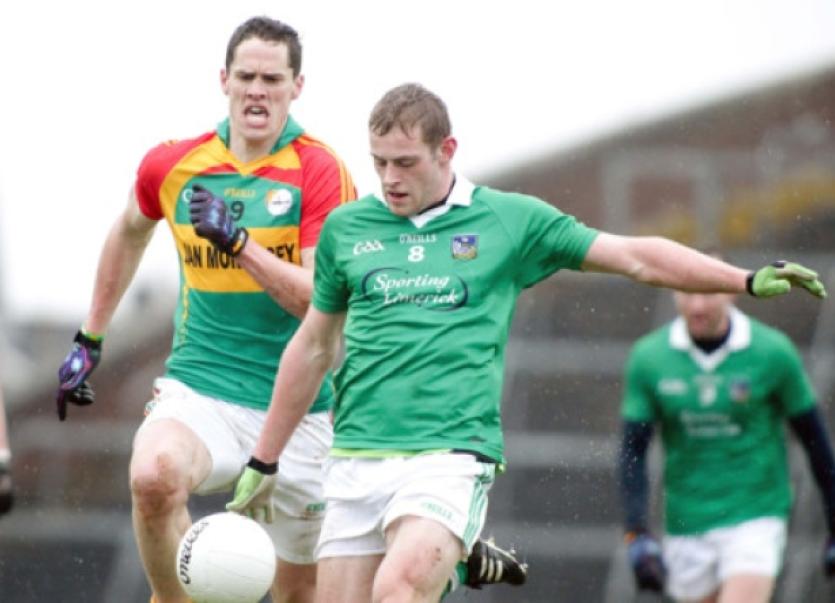 THE Limerick U-21 football team has been finalised for this Wednesday night’s Munster championship semi-final.

THE Limerick U-21 football team has been finalised for this Wednesday night’s Munster championship semi-final.

Limerick play Cork in the provincial semi-final in the Gaelic Grounds at 7.30.

While the Shannonsiders received a bye into the last four, Cork overcame Kerry to advance to Wednesday night’s semi-final.

Limerick will be backboned by five members of Maurice Horan’s senior panel.

U21 captain James O’Meara has been a senior regular in this season’s league, while Iain Corbett and Darragh Treacy have also seen league action.

Danny Neville and Sean Sheahan complete the senior contingent, while U21 goalkeeper James Brudair has also been involved with the seniors on a number of occasions - including last weekend in London.

Ahead of Wednesday night, all U21 players were rested for the senior’s league win in London.

The Cork native is joined in his backroom team by Eamon O’Neill (Ballylanders), Conor Murphy (Monegea) and Billy Mangan (Mungret).

Cork come to Limerick as the reigning Munster U21 football champions. Indeed three years ago at minor level they also won the Munster championship, before losing the All-Ireland final to Tyrone.

The last meeting of Limerick and Cork at this level was in 2007 when The Rebels were 0-17 to 0-9 winners in Pairic Ui Rinn.

The bookies certainly expect another Cork victory - making the Leesiders the hottest of 1/25 favourites, with Limerick available at 10/1.

Limerick are Cork are bidding to reach the April 10 Munster U21 final against either Tipperary or Clare.

Twelve months ago Limerick were beaten in their opening game by Clare.