Limerick U-21 footballers into action 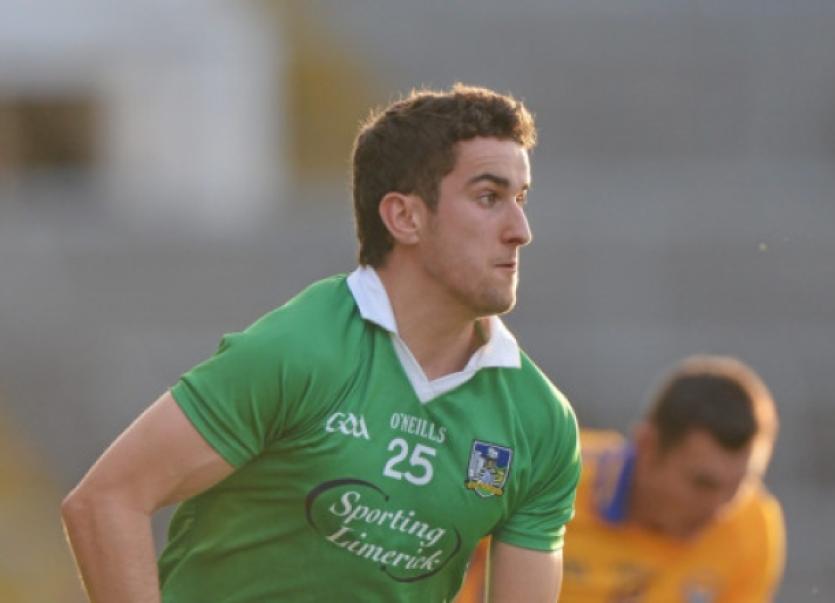 THE Limerick U-21 footballers are the first inter-county team into 2013 championship action in when they entertain Cork in the provincial semi-final this evening.

THE Limerick U-21 footballers are the first inter-county team into 2013 championship action in when they entertain Cork in the provincial semi-final this evening.

The game takes place in the Gaelic Grounds, starting at 7.30.

“Our lads will respect Cork but won’t be afraid of them,” vowed Limerick manager Tom McGlinchey.

Limerick got a bye into this semi-final but Cork beat Kerry in their quarter-final.

Cork are the reigning Munster U-21 football champions and three years ago reached the All-Ireland minor final.

“Ten of the Cork team were on their team last year so they will have great experience and 98% of them were involved with their minors three years ago,” explained McGlinchey.

Limerick have travelled the length and breath of Ireland since January with a weekly schedule of inter-county challenge games.

“We sat down and talked about it and felt that there is no experience like playing games at this level.

“We were able to give lads a chance to get their place on the team and anyone who put their hands up as interested were given a chance to impress,” outlined the Limerick manager, who was in charge of the county minors for the past two years.

“All the lads are really looking forward to it and it won’t be for the lack of effort regardless of the result.

“We have five with senior experience and three have played championship.”

Limerick are captained from full back by James O’Meara. Fellow senior Iain Corbett is centre back with another senior Darragh Treacy at midfield. In attack are Danny Neville and Sean Sheahan.

“It’s a home game in the Gaelic Grounds and hopefully we can get a crowd in and give them something to shout about,” said the manager.