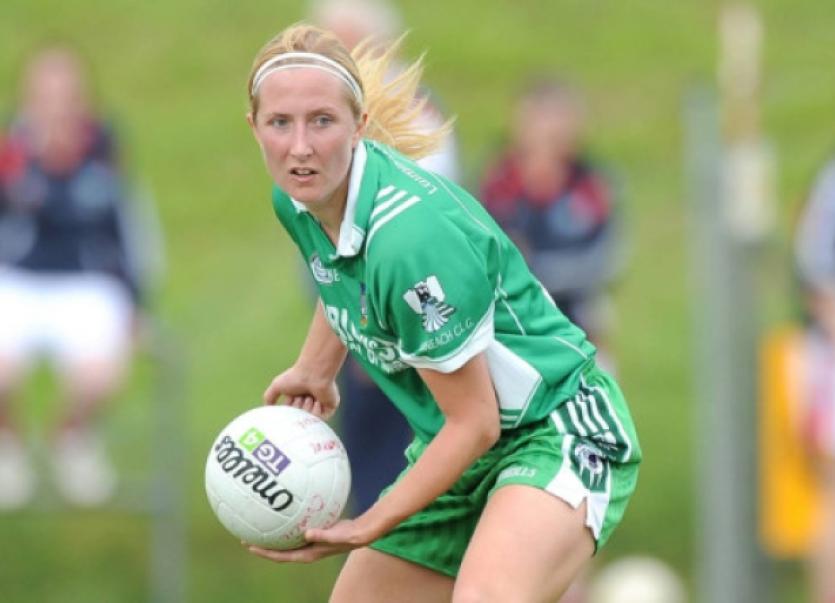 THE Limerick ladies football team play Roscommon this Saturday evening in Birr at 7.00 in the semi-final of Division Four of the National League.

THE Limerick ladies football team play Roscommon this Saturday evening in Birr at 7.00 in the semi-final of Division Four of the National League.

Limerick are bidding to reach a fifth league final in the last decade.

While Limerick were crowned All-Ireland junior football championships winners in 2010, league silverware has yet to return to Shannonside.

Last year it was Longford that defeated Limerick in the Division Four final. Two years previous it was Leitrim.

Now Limerick find themselves one game away from another final.

On the path to the semi-final, Limerick had comprehensive wins over Carlow, Derry, Louth and Offaly but lost to Roscommon earlier in the round robin series of the league.

Limerick are under new management this season with Andy Meaney the team manager.

“We are more than good enough to win but it’s all about confidence,” said Limerick manager Andy Murphy, who is in his first year as manager.

“We have girls that are good enough to get onto the Cork team or any team in Ireland. Individually they have all the skills in the world so it’s down to confidence. What we have worked a lot on is trying to formulate a plan to get the girls working cohesively as a team and playing to the same system,” outlined the manager.

“We know how we want to play and we have done a lot of work in terms of keeping up the intensity of our play and getting the girls to play with their heads up,” said the manager.

On Saturday, Limerick are looking to reverse the result of the game between the teams earlier in the year.

“That was Ashbourne Cup (camogie) weekend in UL and we were missing five players to that and there were others missing as well. In total we will have nine chanages in personnel from that day on Saturday.”

With the Limerick not until June 29, a league final would be ideal preparations for what is a youthful panel this season.

It will be a busy weekend for two Limerick girls - Dymphna O’Brien and Janet Garvey are members of both the ladies football and camogie panels and will be involved in this weekend’s two semi-finals within 18-hours of each other.