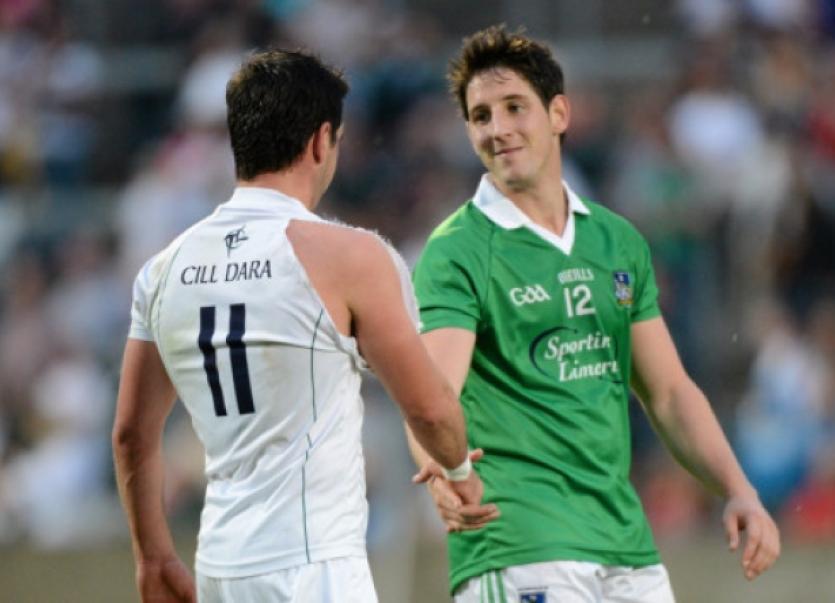 Former captain Paudie Browne has said that Limerick will need a big home support to ensure that the Gaelic Grounds will work to Limerick’s advantage.

Former captain Paudie Browne has said that Limerick will need a big home support to ensure that the Gaelic Grounds will work to Limerick’s advantage.

The provincial quarter-final clash with Conor Counihan’s Cork has a 7.00 start at the Ennis Road venue.

The bookies make Limerick the 8/1 outsiders to topple The Rebels.

“People don’t realise what a difference a roar from the stands can make,” explained Browne.

“I think that if we can get a big crowd into the Gaelic Grounds that it will be a big help to us.”

He added: “I remember back to that game against Kildare and the crowd definitely gave their players extra energy in the last couple of minutes. When the crowd are roaring it does affect the players and on that occasion it dragged them over the line”.

Browne’s home club, Fr Caseys are bussing their underage teams from Abbeyfeale to the Gaelic Grounds and the Limerick defender is hoping other GAA clubs might do likewise.

As an incentive for Saturday’s game, all U-16’s will be admitted are free to the stand and terrace.

Tickets for the Cork game are currently on sale with general admission tickets at €20, with €5 discounts for students and OAP’s.

Tickets are available through the county board, GAA clubs, SuperValu and Centra outlets and online at www.gaa.tickets.ie

Ahead of Saturday, Browne’s wish is that Limerick “perform”.

“It’s all about our performance,” insisted the Fr Caseys man.

“We’ve put in performances down the years that shows we are good enough to beat anyone but its about performing on the big day,” explained the 30 year old Abbeyfeale man.

It was a performance that saw Limerick move to new heights, but yet fall agonisingly short of winning.

“It’s not a game we reference very often - for some people it could be a negative and maybe for others a positive,” said Browne.

He added: “We are really just focused at the task at hand on Saturday”.

“From day one this season it was about winning promotion and then Cork in the Munster championship.”

He continued: “They (Cork) are never that far away from us. We don’t fear them at all - maybe sometimes with Kerry there is a mental block”.

Browne is among the survivors from the famous win of 2003 and since then Limerick should also have had wins over Cork in 2008 and 2009.

“Cork are a huge team and have unbelievable forwards and it’s a huge challenge but if we perform on the day we won’t be too far away,” said the former Limerick captain.

“We have really put everything into this and it would be an awful shame if we don’t perform.”

Without playing to their best, Limerick won promotion and then somewhat came to life in the final round against Clare and in the league final win over Offaly.

“We would like to think that we are a championship team. It’s a completely different mentality. The more senior boys know when to turn on the focus and pull the young lads along. It’s just another game but you have got to work harder, the pace will be quicker,” he said.

“We are 100% focused and committed and now we just need to perform on the day.”