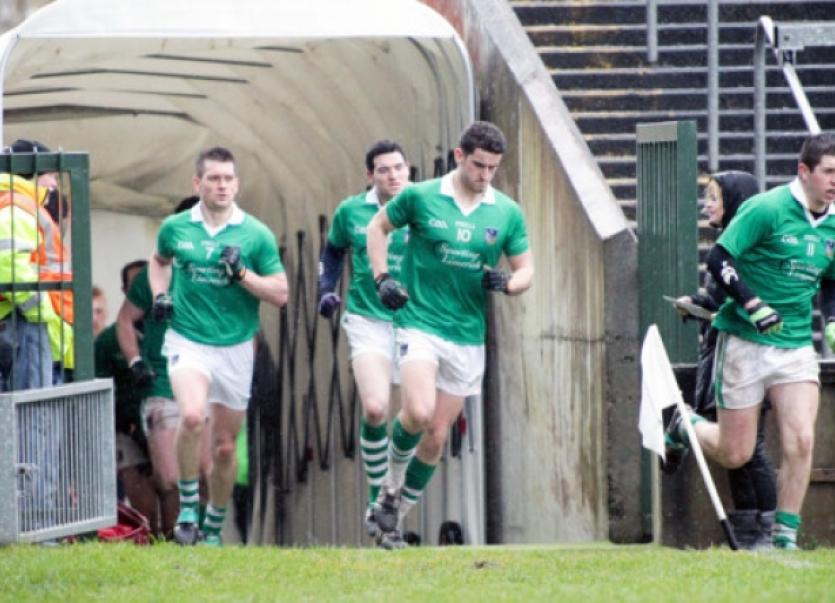 Limerick’s unbeaten run in Division 4 of the Allianz Football League came to an end in the Gaelic Grounds on Saturday when they were beaten by 0-15 to 0-9 by Tipperary.

Limerick’s unbeaten run in Division 4 of the Allianz Football League came to an end in the Gaelic Grounds on Saturday when they were beaten by 0-15 to 0-9 by Tipperary.

After four narrow wins in the earlier rounds, Limerick’s luck finally ran out here as two missed penalties proved to be their downfall.

Limerick started well in the opening half but were still 0-7 to 0-5 down at the break, Ian Ryan having missed their first penalty after Ger Collins had been fouled.

When Eoghan O’Connor struck twice in the first three minutes of the second half, it looked as if Limerick were aiming at another second-half comeback but

the burst of scores died with the equaliser.

A Conor Sweeney free restored Tipp’s lead and, and points from Peter Acheson and Barry Grogan stretched Tipp three clear. Then Limerick missed their second penalty - Collins firing wide after Seanie Buckley had been fouled. Ian Ryan did reduce the deficit to two with a free but Tipp kicked for home and eventually ran out six-point winners.

The result still leaves Limerick on top of the table with eight points and they will need to win their final two games - away to London and Clare - to secure promotion. Tipp are now in second on six points and a repeat meeting between the sides in the Division 4 final can’t be ruled out.