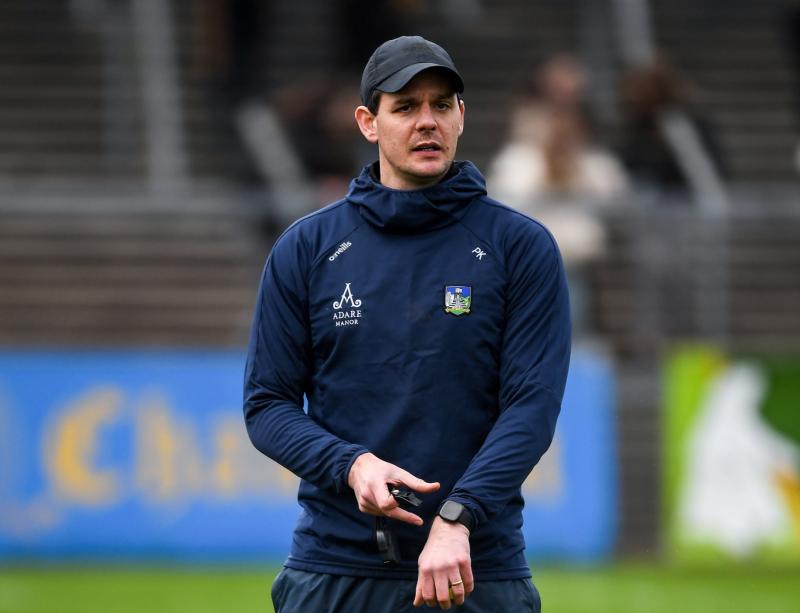 PAUL Kinnerk has stepped down as Head of Coaching with the Limerick Underage Football Academy.

His appointment to the football role was ratified in October 2014 and at this week's County Board meeting it was confirmed that Kinnerk is now to step away from the academy.

"Paul has been with us since the start-up in 2014 and he indicated to us at the start of this year that he wouldn't have the time going forward because of his young family and other commitments," confirmed Limerick Football Development Committee chairman Gerry Phillips to the meeting in the Woodlands House Hotel.

"He is to available to us on a advisory capacity," added Phillips.

Kinnerk is a former Limerick senior footballer and won Limerick SFC honours with his club Monaleen.

As Head of Coaching, Kinnerk oversaw the preparations of Limerick football teams at U14, U15 and U16 levels. The Limerick Football Academy is based in the sportsgrounds of TUS in Moylish each Saturday morning and Kinnerk had the final say in make-up of each coaching session in consultation with the varying team coaches and managements.

The Limerick Underage Football Academy is on a break at present after completion of their inter-county fixture schedule for 2022. Ahead of the restart, a new Head of Coaching is to be appointed.

Kinnerk is set for a seventh successive season as Limerick senior hurling coach alongside manager John Kiely in 2023. Four Liam MacCarthy Cup titles have been returned to Limerick on their watch across the last five years. Kinnerk's prowess as a hurling coach first came to prominence as part of Clare's 2013 All-Ireland SHC win under manager Davy Fitzgerald.