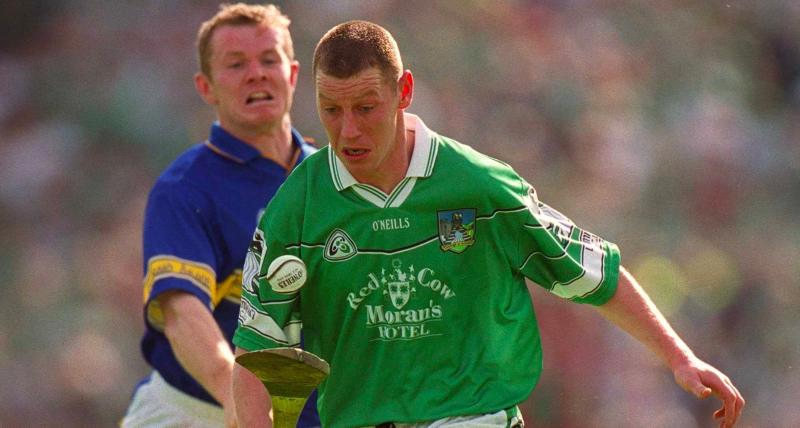 INTER-COUNTY hurling stars of yesteryear are coming out of retirement for a special charity game between Limerick and Tipperary later this month.

“I could see the fantastic work that the nurses and doctors do and afterwards I just wanted to be able to give something back,” he said.

Foley previously held a raffle for the hospital but with Covid-19 restrictions now gone, Foley started to plan the charity hurling match.

“I’m from Boher and live in Mullinahone and I love hurling so I decided to combine all that and came up with a match between Limerick and Tipperary and started to contact ex-players,” outlined Foley.

“I have to say a big Thank You to everyone so far for their positive response and now hopefully we can get as many people as possible along to the match in Boher,” said Foley.

Richie Bennis and Eamonn Cregan will be the guest managers of Limerick and Conor O’Donovan will be at the helm of The Premier County.

Entry to the charity game is €10 for adults, €5 for U16s and U5 are free – tickets can be purchased online on eventbrite.ie or on the day at the venue.

Ciaran Carey, Mark Foley, Stephen McDonogh, Joe Quaid and Tom Condon are just some of the former inter-county stars to wear the green and white once more – along with Murroe-Boher’s Tobin brothers, Seanie, Pat and Kevin.

The Tipperary line-up will include Brendan Cummins, Michael Cleary, Eoin Kelly and Paul Curran among others.

It is also hoped to have the Liam MacCarthy and Mick Mackey Cups in attendance along with a number of current Limerick hurling heroes like Aaron Gillane, Barry Nash, Diarmaid Byrnes, Cian Lynch and others.

After the on-field activity, there will be a BBQ and raffle afterwards in Pa McGraths in Boher. Among the items up for grabs are signed jerseys, concert tickets, hotel vouchers and hampers.