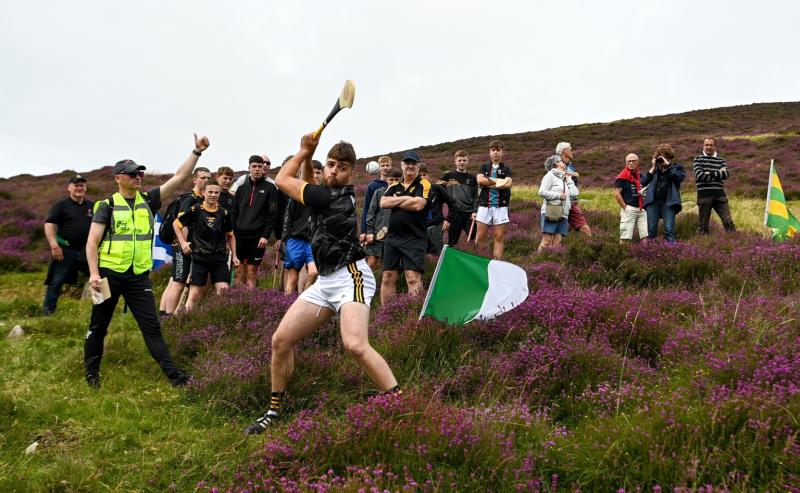 THERE was no joy for Limerick on the Cooley Mountains in Co Louth this Bank Holiday Monday in the All-Ireland Poc Fada finals.

Colin Ryan (Pallasgreen) and Tadgh Boddy (Bruff) narrowly failed to claim silverware – both finishing second in the senior and U16 finals respectively.

Kilkenny's Killian Phelan was crowned king of the Annaverna Mountain after he held off stiff competition from reigning champion Colin Ryan and former winner, Cillian Kiely from Offaly, who finished in a close third place.

History was made this Monday with sisters Molly and Lucy Lynch from the Sarsfields camogie club winning the All-Ireland Senior and U16 girls titles.

Limerick was also represented in the senior hurling category by John Chawke of Kildimo-Pallaskenry, who earned his place after winning the Munster title.

It was a busy weekend for Colin Ryan and John Chawke, who both lined out in the club championship before heading for the Co Louth venue on Monday.

Chawke was in goals for Kildimo-Pallaskenry and saved a second half penalty as his side fell to a 1-16 to 1-13 Limerick SHC loss to Mungret.

Free-taker Colin Ryan hit 11-points for Pallasgreen in their 0-18 to 2-9 win over Knockaderry in the Limerick IHC.

On the Cooley Mountains, Ryan narrowly failed to retain his Setanta Cup title but he did win the Paul Ward Memorial Trophy for the longest first puck of the day.