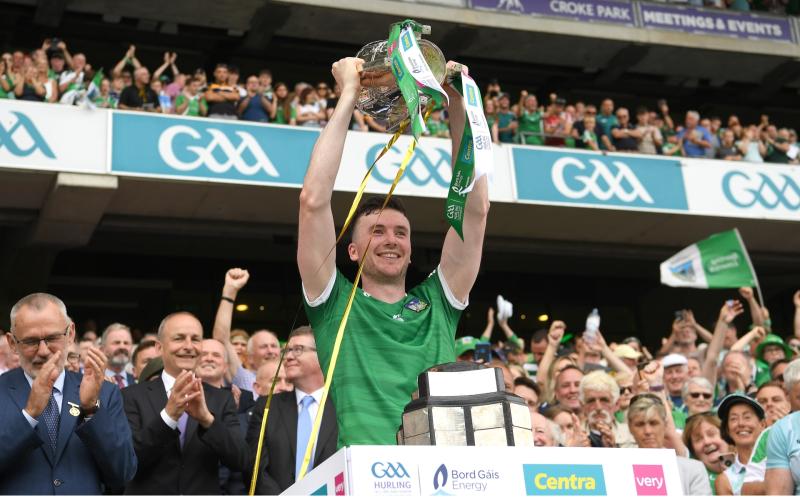 NOT yet two weeks since Declan Hannon lifted the Liam MacCarthy Cup in Croke Park and Limerick hurling team-mates are in opposition as the Bon Secours Limerick SHC commences this Thursday evening.

There are 28 fixtures across the senior, intermediate and junior ranks in the coming days with two games this evening.

In Group One round one of the senior hurling championship Adare and Ahane meet in Claughaun GAA grounds on Childers Road at 7pm.

Although the first of five group games this is a vitally important tie for both clubs, who will have their first target to consolidate their place in Group One for next season. Both have suffered relegation into Group Two in recent years and will want an early victory to kick-off their championship in a positive manner.

This tie brings county colleagues into opposition - Declan Hannon and Ronan Connolly in the red and black of Adare and Morrissey brothers Tom and Dan and Ciaran Barry in the green and gold of Ahane.

Both are under new managements for 2022.

The sides have met only once across the last five years of championship - Ahane winning a 2020 relegation play-off 0-28 to 2-17.

On top of their inter-county trio Ahane will look to Daniel Minihan, Padraig Harnett, Adam Murrihy and young gun Evan O'Leary, among others to ensure a winning start for the Castleconnell side.

Adare reached the Senior Hurling League final - losing to Na Piarsaigh. One top of their inter-county duo, they will look to Willie Griffin, John Fitzgibbon, Jody Hannon with young guns in Joe Sweeney and Michael Keane.

Elsewhere this Thursday evening, there is an Intermediate Hurling Championship tie in Fedamore at 7pm with Croom playing last year's JAHC winners Caherline.