Cathal O'Neill: Substitute role to 'run around the pitch and try and make a nuisance of yourself' 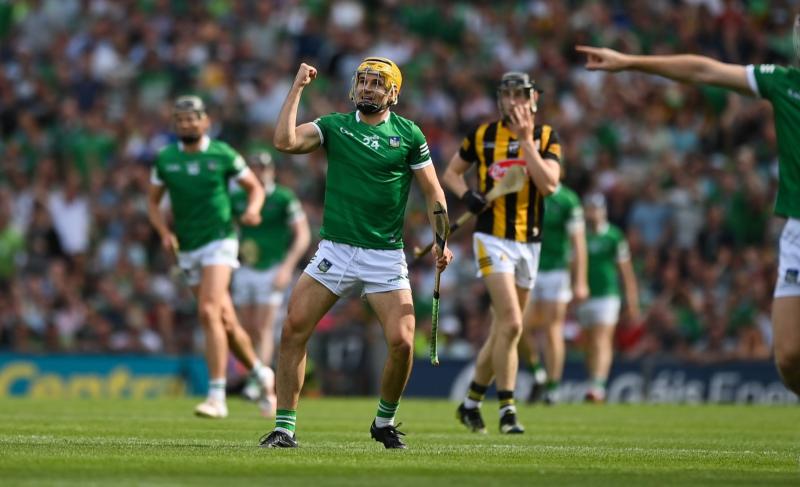 All-Ireland final goal-scorer Gearoid Hegarty captured many headlines but was quick to emphasise the group ethic of involved all 37 panel members.

“I think it is an incredible compliment to the 37 fellas that trained all year. Some of those games we play in training, they are the hardest thing you will ever do. I make it my business to go around to the subs and the lads on the extended panel to just thank them, because they have us so well prepared. I honestly think that’s why we have been so successful," said Hegarty.

Earlier this year, O’Neill missed the chance to play in the Munster and All-Ireland U20 finals due to a Croke Park ruling making his eligible for the grade after making his senior debut.

Last Sunday he got his first taste of action in an All-Ireland SHC final as the U20 star won a second coveted Celtic Cross medal.

“It’s an unreal feeling - extra special with how the game went and being so close. Last year was a bit more in terms of the scores but this went down to the wire to get over the line,” said O’Neill.

“Thankfully the three or four boys that came on yesterday all contributed and that’s the way it has been all year. You just want to try and exert some energy when you get on the pitch and sur I had loads of energy and you just run around the pitch and try and make a nuisance of yourself and get on the ball and get in tackles and maybe some shots away. It’s about contributing as much as you can and hopefully it pays off,” outlined the substitute.

O’Neill got a vital point as Limerick scored 5-in-a-row after Kilkenny levelled inside the final 10-minutes.

“I thought Hawk-Eye was going to take it away from me! I was glad when I saw Tá come up on the scoreboard,” he recalled of his score.

O’Neill featured in all bar one of the seven SHC outings.

It’s just fantastic to do a three-in-a-row and I don’t think we realise how much as have done for the county. It’s been a different rollercoaster of emotions for all the All-Irelands - in 2018 we couldn't really soak it all in because we didn’t know what was going on with it being our first time winning it, with 2020 there was nobody there and in ‘21 it was half capacity so Sunday we just soaked it all in,” outlined Casey.

The days of feeling sorry for yourself about not getting onto the team are well gone. When you come in you have to make a contribution, whatever way possible - be it making a tackle or getting a score. It was ferocious and you don’t realise how heavy the hits are until you are in there. I didn’t expect it to be such a free-flowing game but it’s an All-Ireland final and was always going to be helter skelter inside in the middle of it,” he said.

“It’s Kilkenny at the end of the day and they are always going to put it up to you, We knew it wasn’t going to be easy and that we would be put right to the pin of our collar - just delighted to come out the right side of it.”