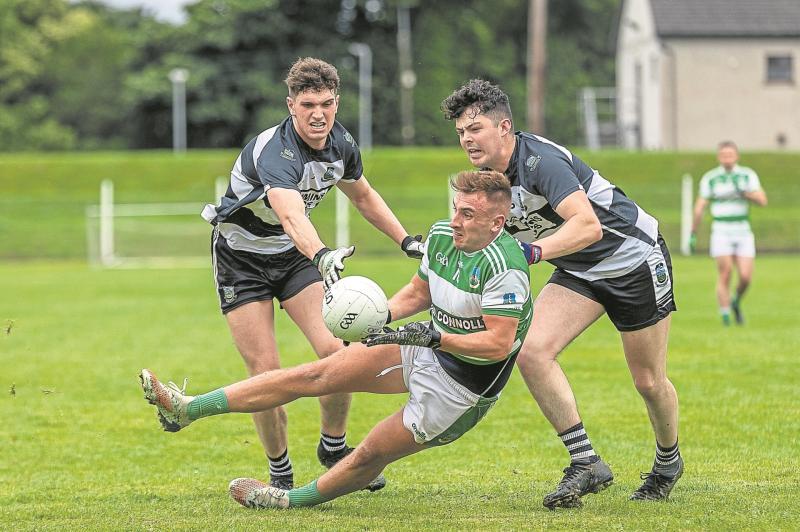 ROUND Two of the Irish ==]]]]k senior football championship concludes this Sunday with two games.

The championship then breaks until mid-August for inter-county and club hurling action.

First up today is the 2pm meeting of Galbally and Monaleen in Kilbreedy - neither round one winners.

It's a second battle with city opposition for Galbally, who battled back to secure a draw with Claughaun in round one.

Inter-county man Mike Donovan and Jamie Morrissey came up with the goals in that draw, while Josh Dineen was in fine scoring form with seven points.

Monaleen, under the management of Muiris Gavin, are without inter-county forward Brian Donovan, who is abroad.

They lost to champions Newcastle West in round one.

In Kilmallock this evening, 7.30, is the meeting of Ballysteen and Galtee Gaels.

First half goals from Cillian Ferris and Shane Hallinan were the foundation for that win for Seamus O'Donnell's side.

The Brian Begley coached Galtee Gaels were without Tommie Childs and Sean McGrath against Adare.